In honor of our scorned sister in nerdery, poor Leia/songstress Christina Tolisano, Topless Robot is proud to present this quick list of the finest women to ever don the garb of Slave Leia, a.k.a. the famous metal bikini from Return of the Jedi. How does this honor poor Christina, you ask? Honestly, I have no idea. But I 1) felt bad for her, and 2) needed an excuse to post pictures of ladies in metal bikinis. You do the math. 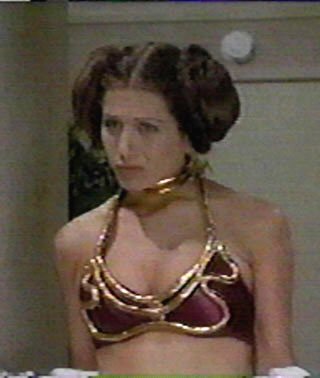 There was a time when this episode of Friends was the sexiest thing on TV to nerds, Cinemax After Dark notwithstanding. As time has past and newer, hotter girls have worn the metal bikini, Aniston has fallen down the ranks. 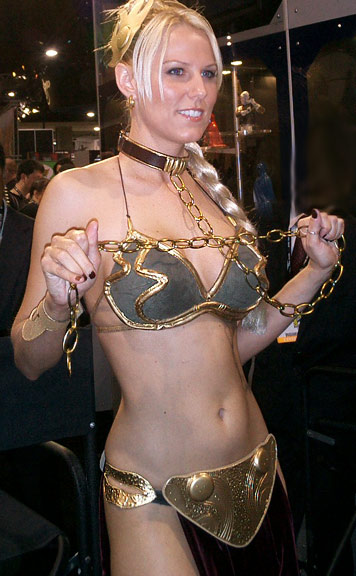 Don’t know who she is, but I really wanted to post this picture. Incidentally, doing a Google Image Search for “Slave Leia” is a great way to pass the afternoon. Highly recommended. 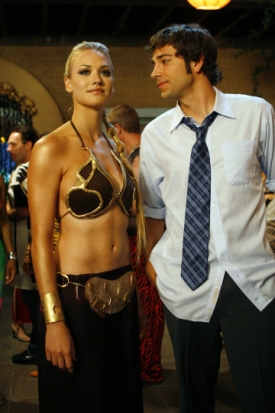 If you have a nerd as your protagonist, as in NBC’s Chuck, there’s at lest a 60% chance of any hot co-stars eventually donning the metal bikini. Strahovski’s a looker, certainly, but her blonde hair is a jarring addition to any Slave Leia. Plus, the lower half of her costume is inaccurate, having been widened for modesty/FCC guidelines. 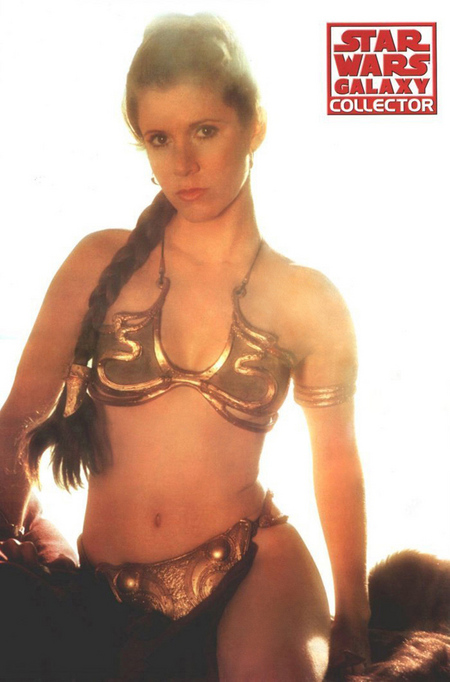 The original; she might not be the prettiest on this list, but man, she just owns it. Even seeing the current Carrie Fisher in 30 Rock can do nothing to distill the pure hormonal rush this creates in men aged 30-40.

2) Olivia Munn from Attack of the Show 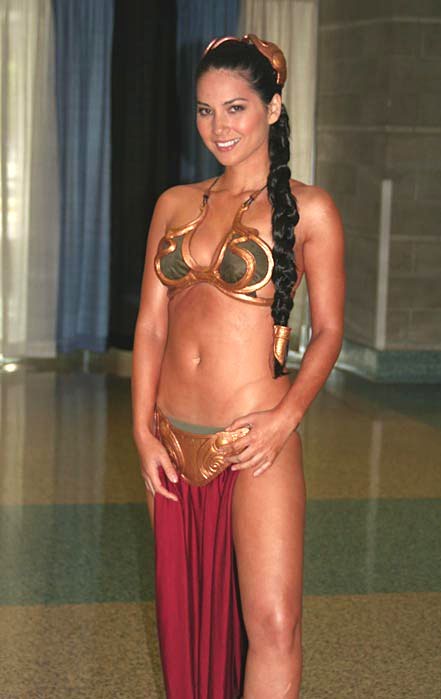 The G4 Attack of the Show host dressed up for Celebration IV, last year’s Star Wars convention and 30th anniversary of the first movie. Certainly, were she eating crackers in bed, few people would kick her out, even though cracker crumbs in bed totally suck. If you look closely into her eyes, you can see she’s debating whether she’s making a great career move or just demeaning herself. 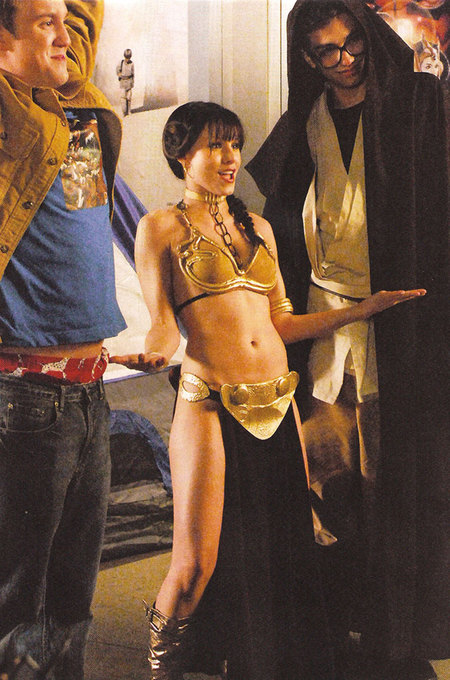 Oh, Kristen. She might not be the bombshell that Olivia Munn is, but here’s what: Olivia Munn will never talk to you, and Kristen Bell actually might. She’s so normal and down-to-earth, and her approachability?an incredible necessity for objects s’amour of we male nerds?makes Kristen an easy #1. Plus, as evidenced by her interviews, she genuinely knows her geek stuff, which is hot. the Heroes star is in that outfit for her upcoming movie Fanboys, and I bought my ticket online as soon as I saw the picture.