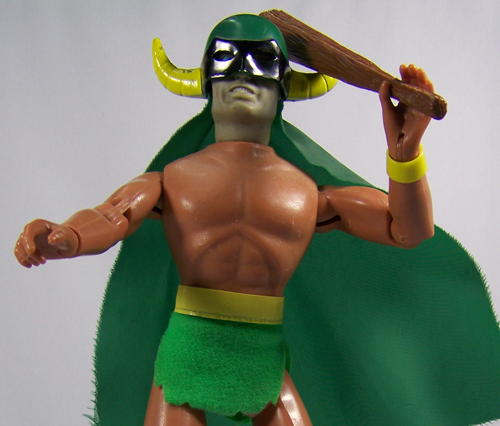 The United States is a land of plenty when it comes to just about everything: food sizes, guns, fat people, and even toys. Yes, our country is the one that makes it possible for one to buy figures of Batman, Halo’s Master Chief, David Bowie from Labyrinth, Burgess Meredith from Rocky, and the powerless Mohinder from Heroes, just to name a few. Yes, certainly anybody who grew up in the good ol’ U.S. of A. can?t complain about having a lack of choice in the action figure department.

But that doesn’t mean Americans have gotten screwed a few times in the toy world. There have been a few toy lines available around the world so amazing that one could throw the stars-and-stripes on the ground and curse Lady Liberty herself. Here are six of these toy lines which are cool enough to almost make one wish he was French. (The horror!) 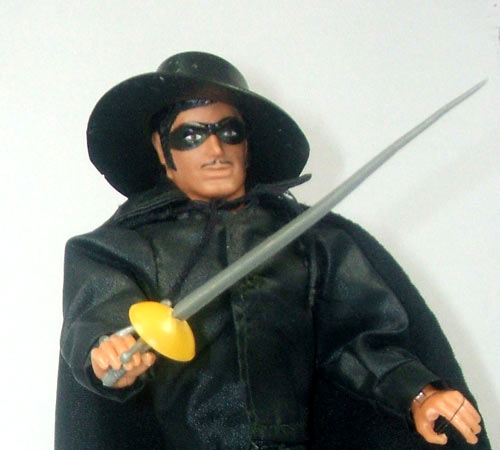 in 1975, kids in the U.K. got an 8-inch, Mego-produced action figure of the swashbuckling prototype for Batman thanks to Palitoy. With the Disney Guy Williams Zorro television series still in heavy syndication in the mid-’70s, Zorro would have been welcome over the Walton?s family dolls we were blessed with around the same time. He may be known for carving big Z?s in things but this action figure being released in the U.K. only was a big ?FU? to kids across the pond.

Before he became a bit player on Adult Swim, Mighty Mightor was a late sixties Hanna-Barbera Superhero cartoon character whose big gimmick was being a Caveman with a magic club; oddly, he also wore Fred Flintstone?s lodge hat as a disguise. Never all that popular in the U.S. (most kids preferred Hanna Barberra?s other super guy, Space Ghost) kids in France puzzlingly embraced the character and ?Le Mania de Mightor? ensued, piles of merchandising resulted such as this 12-inch figure from Pin Pin. This action figure also teaches a valuable lesson as to why the power of flight and a loin cloth are not an advisable combination. 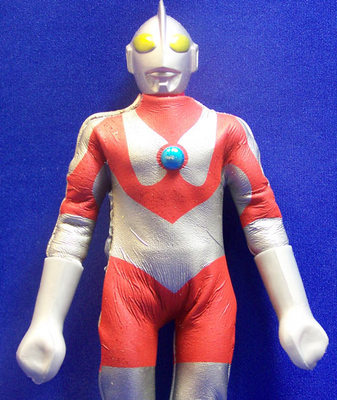 Ultraman is a Japanese series from the creators of Godzilla about a giant alien police officer who fights renegade monsters. While Ultraman was hooking kids stateside thanks to the magic of syndication, Japanese toy maker Popy was hawking cool 8-inch figures of Ultraman and his brothers that strongly resembled Mego?s World?s Greatest Superheroes. This was kept from out of America because as all successful toymakers know, kids hate anything to do with giant monsters. 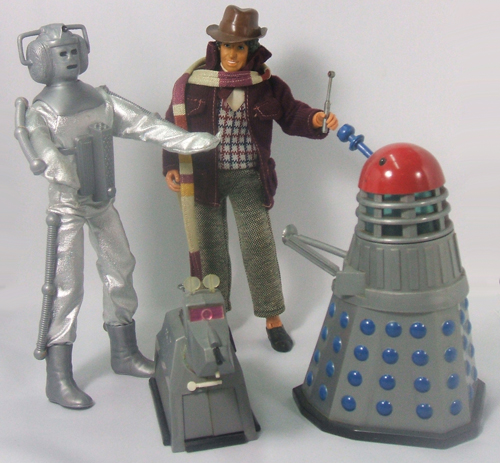 In 1978, U.S. kids were just getting their first exposure to this long running BBC sci fi series, British kids were hopping already through eternity with 10-inch versions of the Tom Baker version of the Doctor (the one with the scarf) , his sexy sidekick Leela, robot pooch K9 and that race of angry salt shakers, the Daleks, all from Denys Fisher. They even made a Tardis (Time and Relative Dimensions in Space) play set that had the same spinning transporter action as the Mego Enterprise play set. 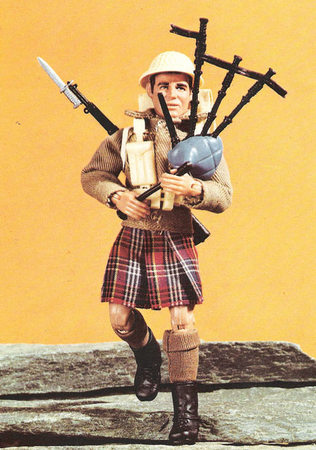 In 1977, European children got this skillfully designed line of 6-inch soldiers which included warriors from different nations like the U.S. Scuba Divers and Scottish Guard complete with kilt and bagpipes, produced by Lion Rock. These incredible detailed little guys came with a pile of accessories such as machine guns, bazookas and knives. If you lived in the U.S., you had a long four-year wait until the Reagan administration and G.I. Joe would make playing war cool again.

1) Battle of the Planets (France) 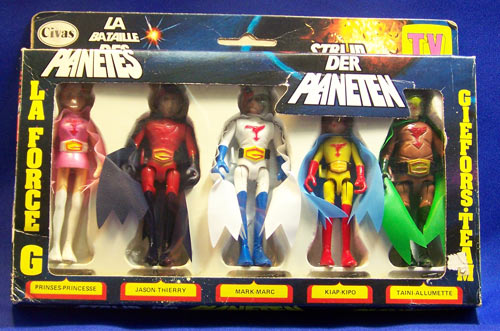 Battle of the Planets was an westernized version of the (much more violent) 1972 Japanese animated series Gatchaman chronicling the adventures of five semi-psychotic orphans dressed like birds using their cerabonic (?) powers in their battles against the evil hermaphrodite Zoltar. In the late ’70s, Battle hooked kids across the U.S. in daily syndication but the merchandising was mostly regulated to crappy rack toys and a ?meh? comic adaptation by Gold Key. Kids in France got fully articulated 3 1/2-inch sized action figures of the whole team which had removable helmets! Ceji also included the characters 7 Zark 7 and robot dog 1 Rover 1, who were hastily added to the U.S. version to fill up the show’s running time after all the incredibly violent and hermaphroditic scenes were taken out.