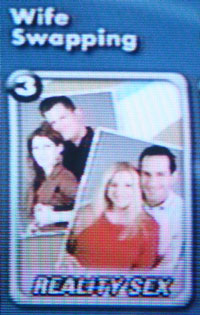 We get the feeling that the “reality sex” so highly touted for this video actually consists of a paunchy, middle-aged guy clad in tube socks heaving himself onto his bored, dead-eyed wife, half-heartedly thrusting a few times, and queuing up Wheel of Fortune on TIVO. Wow, it’s just as sexy as we dreamed it would be! 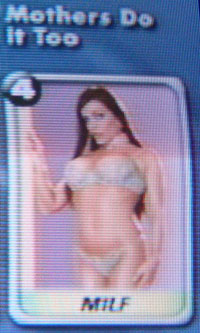 Except our mothers. They’ve never had sex. Ever. That’s just nasty to think about. 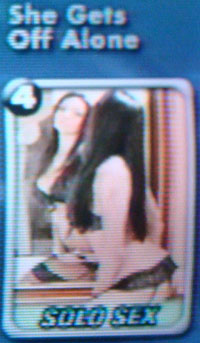 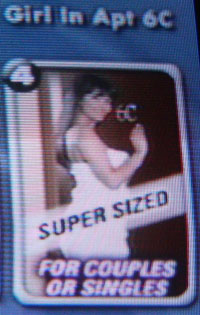 We like the helpful notation that this movie’s “for couples or singles!” Yeahhhh, we get the feeling that it’s mostly for “singles,” with the only “couples” involved being a couple of Kleenex grabbed from the bathroom after about 10 minutes. 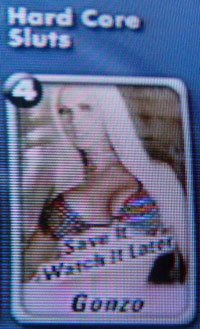 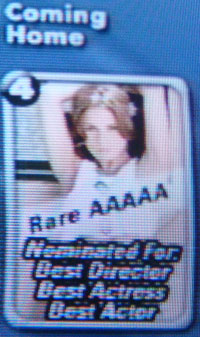 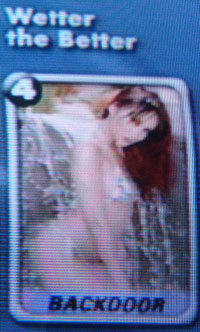 Somehow we suspect that a backdoor isn’t “better” the “wetter” it is; in fact, we’d argue that a wet pooper could very well kill the mood. 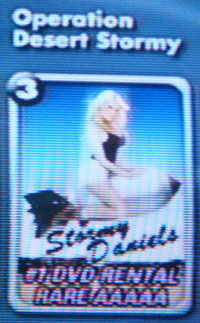 This one’s probably the “#1 DVD rental” because people are mistaking it for a documentary on the Gulf War. The people who rented this movie are probably the same folks who saw Jarhead because they were excited at how action-packed it looked. Both films will inevitably lead to confusion and letdown. 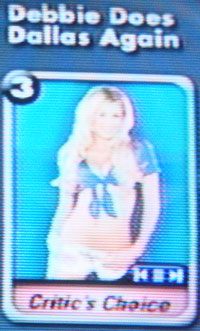 5) I Screwed My Friend’s Wild Mom

Doesn’t this sound like a Maury episode that either already aired or is going to be next week? We expect a skinny, “fly for a white guy” type kid to come out, flash “west side,” and shout “Whateverrrrrr” to the booing audience before sauntering over to his best friend’s mom for a dramatic make out session.

The logistics of a guy receiving oral sex from three women at the same time is quite an acrobatic feat. For some reason we envision a harmonica-playing motion. Ugh. 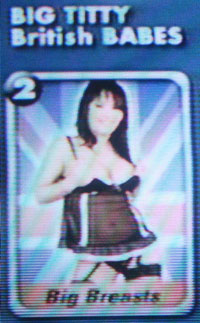 The unabashed simplicity of this movie’s title is pretty hilarious. We’d love to have sat in on that brainstorming session:

Producer: “What can we focus our next movie on?”
Director: “Uh, babes? With big tits?”
Producer: “Yeah, but we always do that. We need something different. Something that’ll make this one stand out.”
Director: “…uh, give them a British accent?”
Producer: “Now you’re talkin’! Okay, we just need a catchy title.”
Cameraman: “How about ‘Big Titty British Babes’?”
Producer: “We are so fucking smart.” 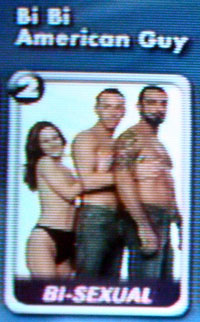 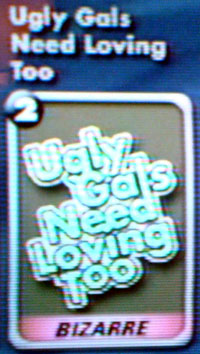 We’re not sure what’s so “BIZARRE” about homely girls who crave some action. As Lifetime Movies of the Week have taught us, aren’t we all beautiful on the inside? Okay, maybe not, but at least this porn’s chock full of desperate uggos willing to do anything for a lay.