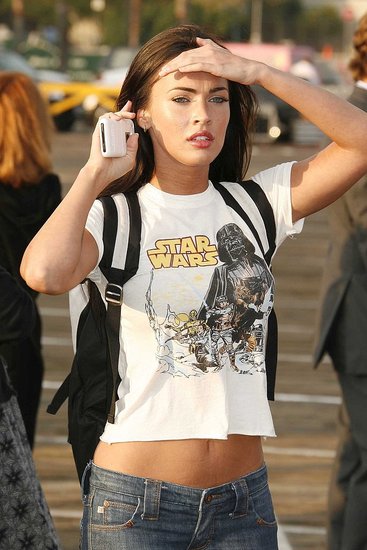 There has never been a more crueler taunting of nerds ever. Because even though she wore this shirt, I feel fairly confident she couldn’t name even three of the bounty hunters in Empire Strikes Back.