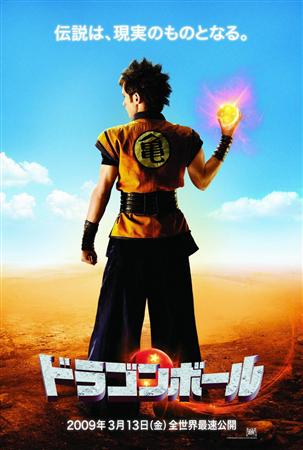 A Japanese movie poster for the live-action Dragonball movie got released over the weekend, and I can’t tell whether I’m so used to getting terrible news and seeing terrible pictures that this one isn’t that bad by comparison, or if it’s genuinely okay. I’m trying my best to be my bitchy, hypercritical self, and all I got is that Goku didn’t wear blue pants, which even I recognize as pretty low on any film’s list of accuracy problems. Unsettling! (Via ANN)