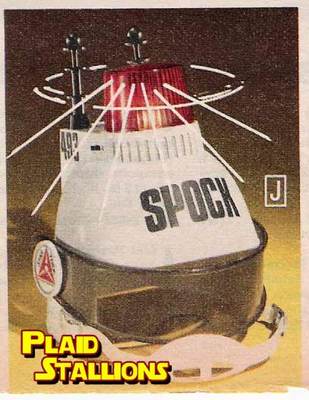 Star Trek really is the shit when it comes to merchandising. With all its shows and movies, it’s got more awesome gear and shown more bizarre planets and tech than all the Star Wars flicks times 10?seriously, the franchise is a toymaker’s dream. However, toymakers don?t have to give a crap about a beloved sci-fi franchise to exploit it for their own products’ gain, which is how we end up with phenomenally stupid products like this. Here are nine other examples of Trek merchandise boldly gone wrong.

9) Star Trek How To Host a Mystery 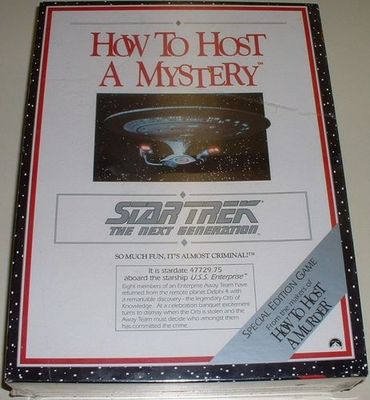 Combining the nerdy pursuit of Star Trek LARPing with the arguably less nerdy pursuit of a murder mystery game isn?t exactly on the chocolate/peanut butter scale. Worse, since the game’s makers clearly thought all Trek fans had the emotional stability of a developmentally challenged child, it’s not even a “murder” mystery?some stupid orb from some stupid planet gets stolen, and players have to figure who did that instead. The most shameful part is the booklet (I admit I bought one)?it suggests that the character playing Worf attempt to do their own makeup. 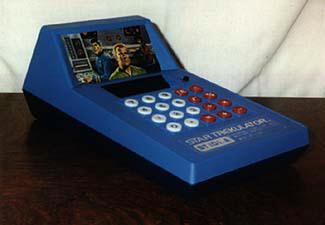 It?s a calculator with a picture of Captain Kirk on it. Tarting up something that is even mildly educational is unforgivable, and even a face as pretty as Bill Shatner’s can?t take away that pain. 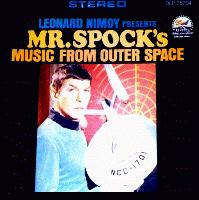 Sweet zombie Jesus. We all know that Shatner is a terrible singer, but he’s made a joke of it and it’s all kind of cool now in an annoying, ironic kind of way. But Leonard Nimoy has no excuse?in this 1967 album, Nimoy sings in character as Mr. Spock on tunes like “Highly Illogical” and “Music to Watch Space Girls By.” Do you need more of an explanation? Hell, at least Shatner knew enough to not sing as Kirk. Animals run and hide at the sight of this sleeve because even they know better.

Because being seen on the beach with a metal detector wasn?t cool enough, you really need to add the Star Trek logo to the equation. Seriously, if you like Trek, you’re going to be in reasonable danger of having sand kicked in your face by some tan, toned bastard anyways during any beach trip anyways. Carrying a Star Trek metal detector with you is like carrying a sign saying “please punch me and never stop.” If this was a potential beating detector, it would never stop bleeping. 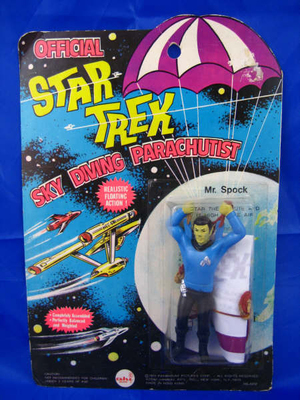 For those days when a Vulcan wants to jump from the Enterprise through a planet’s atmosphere, most certainly burning himself to a crisp, assuming the vacuum of space doesn’t make him freeze and implode first. Drugstore toy maker Ahi extended this line of parachuting figures to characters from Planet of the Apes too, which is equally baffling. Although if the PotA apes had parachute technology, they’d be even more deadly, that’s for sure.

After Spock lost his brain (in the single greatest Trek episode ever written), Captain Kirk made him wear this Brain Protector Helmet which had a siren in case anyone tried to steal it. Wait, that’s not right. This is actually just a phenomenally stupid toy that some cheap-ass toymaker decided to put Spock’s name on, and another easy way to make certain you get beaten up at school. However, we?d pay 20 bucks to see Leonard Nimoy put one on. 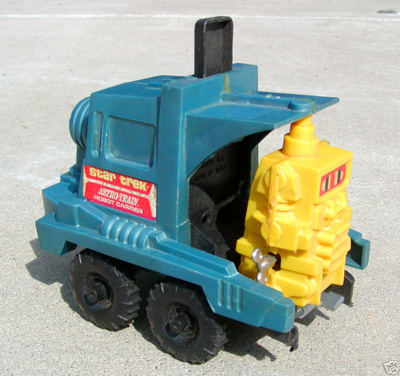 Back in the day, toymaker Remco slapped a Star Trek sticker on some previously released toys and tried to piggyback off the popularity of the series. Like this thing. There’s no telling what it does or why, but it’s clearly the spiritual predecessor to this amazing piece of Trek merchandise. 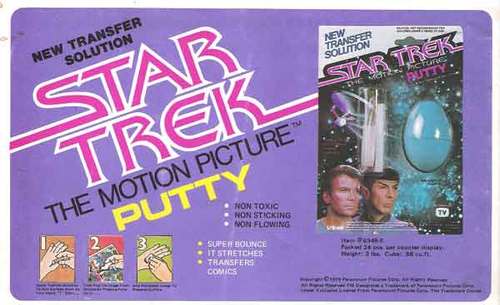 Don’t remember this from the movie? You obviously must have dozed off during the scene where Scotty saved the day by copying this week?s Beetle Bailey.

Marshmallows were mentioned a grand total of one time in Star Trek V. Most folks would just let it go, but it somehow got Kraft thinking this was going to catapult marshmallows into the Next Big Thing. So they created this amazing Marshmallow Dispenser, which, if you bought more marshmallows than you could possibly eat in a single lifetime, you could get free (with a small shipping charge, natch). Granted, if you’re the type of person that desperately needed a marshmallow storage device and dispenser in your life anyways, there’s no reason not to grab one of these just because of the Star Trek logo.