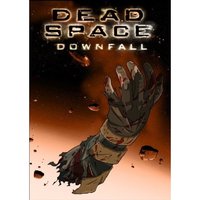 ? Mystery Science Theater 3000: 20th Anniversary Edition
Get it. Do it. Now. I find it incredibly gratifying that the set is the fifth highest-selling DVD of the week’s releases on Amazon.

? Ouran High School Host Club Season 1 Vol. 1
Finally, an anime not buried in the back! Despite the pretty, pretty boys, this series effectively mocks all the other anime series with pretty boys who look like girls.

? Zombie Strippers Unrated Special Edition
Why on God’s green earth would anyone buy the R-rated version of Zombie Strippers? “Well, I like fantastic gore and naked women, but only in moderation, please.”

? Jesus Christ, Vampire Hunter
I have no idea what this is, but the tagline is “The power of Christ impales you!” Fucking awesome.