With the recent resurgence of Doctor Who (and recent casting of the eyebrow-challenged Matt Smith as the 11th Doctor), Britain’s most famous science fiction character has been brought back to the consciousness of shut-ins and non-stop sci-fi watchers globally. In the long-running series, The Doctor is a Time Lord, a race (or subset of a race) charged with protecting the universe from villains and threats throughout all times. While Who appears to be in exile from the Time Lords, he’s still trying to protect the universe, except that…well, he’s actually kind of terrible at it. Here are 9 reasons Doctor Who is lamer than you think. 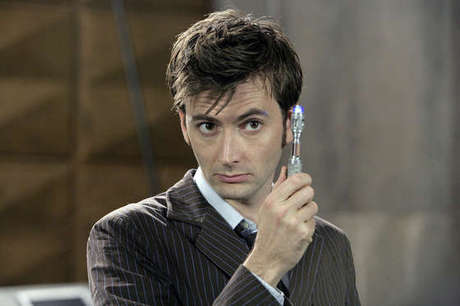 Not incidentally, the Doctor’s reluctance to use the Sonic Screwdriver has led to the deaths of countless bit characters, which causes Who to erupt in a fit of false sympathy…which wouldn’t be necessary if Who had just blasted that Cyberman to bits with the Screwdriver in the first place. It’s not like he has a problem with people coming in, guns blazing, to save himself from getting killed, and he can regenerate. 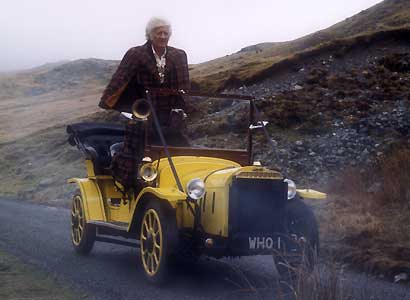 Doctor Who has a machine that can take him to any place in time, at any point in the universe. In our galaxy alone, there are about a hundred billion stars at the present time, and good percentage of them have planets. And yet Who spends 99% of his time on our single little planet, during a tiny period of about 50 years. Is there something terribly important about this timeframe in this little place that he has profound effect on the course of the universe? Sure, some giant space bear just ate a system on the other side of the galaxy, but The Doctor was very concerned with the Loch Ness Monster in 1975 London. This is not unlike a police officer spending all his workday in isle 16 of the supermarket, making sure that nobody steals the paprika while across town a psychotic is knifing-up a pre-school.

One can judge the a good hero by the enemies they face. The Doctor frequently faces The Daleks. They bluster and have a hard time looking from side to side, but essentially are Hitler, with a gun, in a trash can. “Look out everyone, it’s Hitler with a gun in a trash can! Where’s the Doctor? Nobody else can deal with this menace!” Let us not forget their evil creator, Davros, who spends his time in a wheelchair and plots to destroy the universe. So Doctor Who’s main nemesis is physically disabled–this is not the most heroic of nemeses. Another main enemy the Doctor faces are the Cybermen which can be killed with gold. Just a little bit of gold kills them. How does a mechanical being get created with a common conductive metal being fatal to them, and how is that really a serious threat to the universe? Also, Hitler + suit of armor = Cybermen.

6) Is A Death Magnet, Yet Still Travels to Highly Populated Areas

The Doctor is probably the last person you would like showing up for a family gathering. Almost anywhere the Doctor shows up, people die. Usually a lot of people die, and die horribly. Oh, he saves a few people, but not nearly as many people who die. One would think that with all of time and space to travel to most of the places he shows up would be incredibly boring with absolutely no people dying. Surely by now The Doctor must realize his very presence is a more leading cause of death than heart disease, yet he still insists on going to places where there are a lot of people. Most people don’t even show up to work when they are sick out of courtesy for their fellow workers. The Doctor has the Grim Reaper harvesting a mighty haul when he arrive, and he doesn’t seem to consider once that maybe he should just stay away from people forever. That’s an amazing act of douchnozzlery.

5) Is Totally Sexist Regarding His Traveling Companions 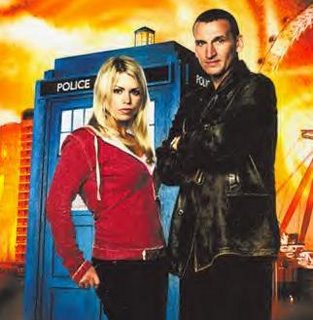 It’s pretty much a guarantee that you will never see any fat chicks in The TARDIS. The Doctor only travels with ladies who are young, thin and pretty. This is horribly, horribly sexist. And yet, it might be exusable if he was an old-school womanizer like James Bond or had a crippling sex addiction. Instead, he brings all of these attractive women onto the TARDIS, then he does nothing with them. This is sort of a of weird tantric relationship where they get close but can’t ever touch. He tends to mention that he doesn’t want to get into a relationship because he lives almost forever and humans don’t and it’s always sad to have your girlfriend die after seventy years. No time to have fun when you only have several decades to do it in, right? I think perhaps The Doctor is not lonely; he just hates all women.

4) His TARDIS Is Literally Made of Trash 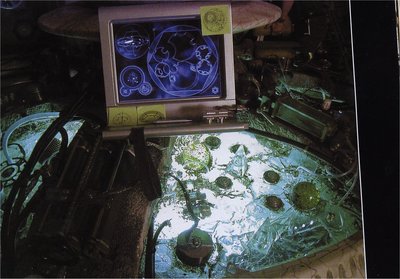 Sure, it’s the only TARDIS left in existence and it’s hard to get parts for, but really, with all of time and space available to look for parts for it,  the TARDIS control panel is ridiculous. He actually has a bicycle pump as part of the controls. A bicycle pump. There is nothing in the universe that works off a bicycle pump except for a bicycle tire. Actually, the whole control panel is a series of nonsensical cranks, dials and levers, like one of those faux car dashboards for babies. I’m just waiting for the addition of such controls as the slide whistle, the tambourine, the can full of snakes, the remote controlled fart machine, the box full of levitating guinea pigs and the thing nailed to the other thing.

3) He Refuses to Do Laundry

If you or I show up to work with the same thing on two days in a row, people would assume that we got really drunk, laid, or both the previous night. The Doctor wears the same clothes all the time, and we just assume that you know, that’s just him. Frankly, as a Time Lord, he should be held to a higher standard than the rest of us. First, there almost has to be a washing machine in the TARDIS (it’s rather large). Second, the Doctor clearly has time to do the laundry. Third, while most people are likely to get coffee stains on their garments, The Doctor, in travelling anywhere in time and space, gets all sorts of horrible things trapped in his woven cloth, from nanobots that endlessly replicate to a flu virus that causes your head to explode when you sneeze, to get some strange green liquid from the End of the Universe that is sentient and eats eyeballs. Considering all that, little detergent and a tumble dry on his clothes might be the least courteous thing the Doctor could do.

2) Turns Into An Attention Whore Every Time H
e Regenerates

So, when the Doctor gets fatally injured and undergoes the Time Lord miracle of regeneration, no matter what the new body is, he suddenly does everything to get attention, whether it be acting like a lunatic, or falling into a coma, or losing his memory. This is not unlike when someone breaks their foot and suddenly they must be waited on hand-and-foot except times a million. Oh, I’m sure The Doctor would say the erratic behavior is due to the trauma of regeneration. Sure. The Time Lords come up with a way to turn back death but they just can’t solve acting like an asshole.

1) Has Not Checked Up On His Granddaughter for Centuries 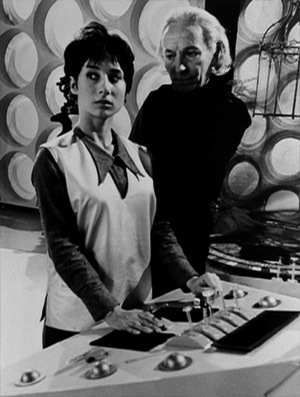 The Doctor once had a granddaughter named Susan who he left on Earth once she fell in love with a guy. He said he would come back someday and I guess that ‘s just vague enough so that he doesn’t have to meet any rigid deadline. Since that occurred in the Doctor’s first regeneration, that means that hundreds of years have gone by in his time without him even once going back to check up on her. Maybe he assumes that since he has a time machine, he can just put it off indefinitely and then come back to Earth in what only seems like a short period of time. Considering his Granddaughter is well aware the Doctor has a Time Machine and is his Granddaughter, is she really going to fall for that? “Oh, how nice you came back. With a new body I see. Tell me, how long has it been for you, then? Oh, that long? That’s an awful lot of birthday presents you owe me.” I guess when you have all the time in the world, it’s easy to be an uncaring jerk.