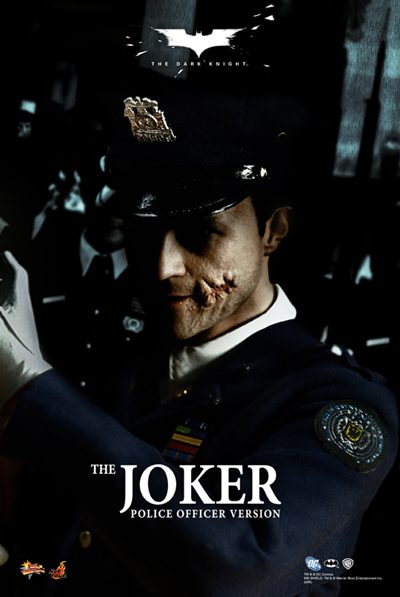 ? Hot Toys apparently still likes money, as they’ve announced a new Dark Knight Joker figure, this one of him in his policeman disguise. ToyNewsI says it’s in honor of Ledger’s win for Best Supporting Actor, but somehow I doubt Hot Toys would have failed to release it if he hadn’t.  Either way, we’re clearly getting closer to the Nurse Joker figure everyone really wants. 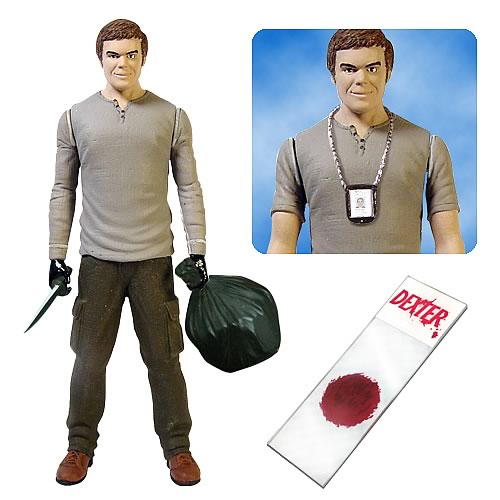 ? Bif Bang Pow! has just released pics of its Dexter figure, which comes complete with a bloody garbage bag of assumably severed limbs. (Best accessory ever? It’s gotta be up there.) You can pre-order him for $17 right over here. 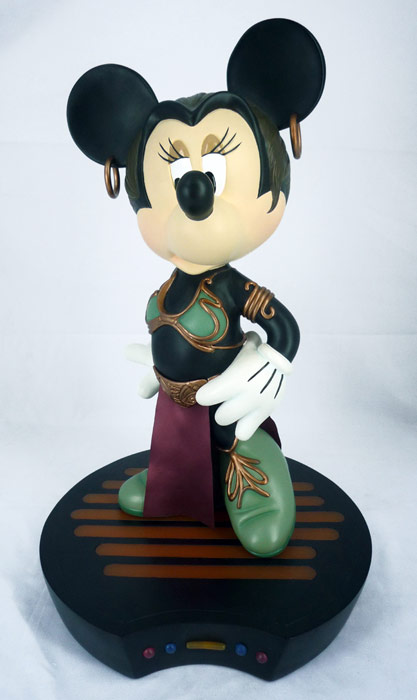 ? Remember that Star Wars/Disney mash-up figure of Goofy as Jar Jar
that made us all question whetherGod was real? Well, God is real and
clearly still hates you, because no loving god would ever give you the
opportunity to buy a figure of Minnie Mouse as Slave Leia. Bleach to
pour directly into your eye sockets not included. See the other figures
over at StarWars.com.