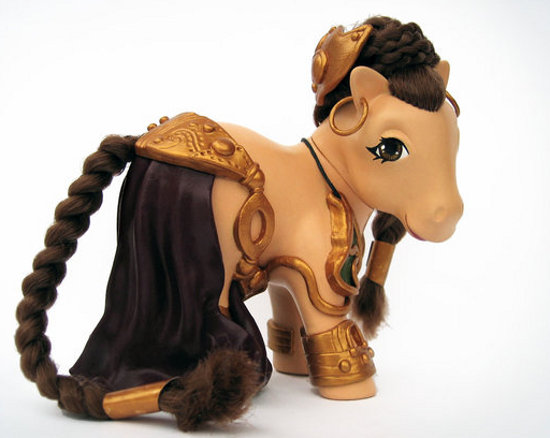 I was looking for a good toy to show today, when I suddenly remembered my pals at Japanator sent me gem this a while back, and it had somehow fallen to the bottom of my “to post” list. Since we’ve all been scarred about Leia’s maternal instincts recently, I figured now was as good a time as any to make the boys feel awkwardly yet sexually attracted to a toy horse. Pony Leia  herewas made by Spippo, who you might recall has made a herd worth or other awesome ponies from other movies including Alien and Predator. Check out her gallery here.