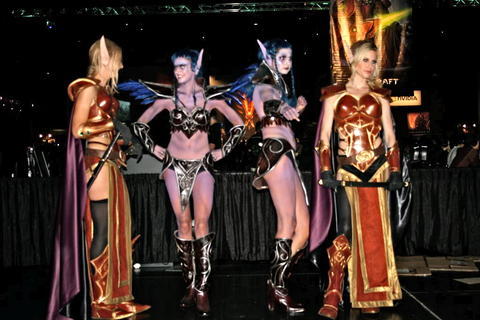 ?
I kid! I kid! I know there are plenty of lovely World of Warcraft-playing ladies in the world, many of whom did not end up in this gallery of cosplaying beauties from my sister site LA Weekly. ‘Tis just a joke, ladies. Settle down. I only figured if I was giving John Barrowman with one hand, I should give scantily-clad elf girls with the other (besides, I promised my LA Weekly pals I would, and I’m rather overdue). Check out the full slideshow here.