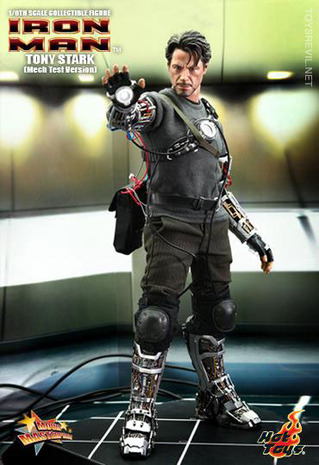 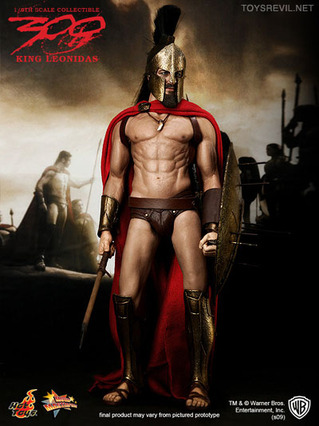 ?
Shockingly, I am not referring to a fan fic. These are the new new 12-inch figures being offered from the diabolically talented Hong Kong-based Hot Toys sometime in 2010. Between the uncanny (and armorless) Robert Downey Jr. as Tony Stark and the taut stomach of 300‘s King Leonidas, I’m tempted to simply file these guys under Nerd Girl Porn. One thing, though — note that Leonidas has no visible joints, but if you look at the other pics over at Toys R Evil (he’s got more of Stark too) he’s clearly poseable. What gives? Hot Toys figured out how to make moving eyes; did they finally figure out toy flesh as well? Madness, I tell you!