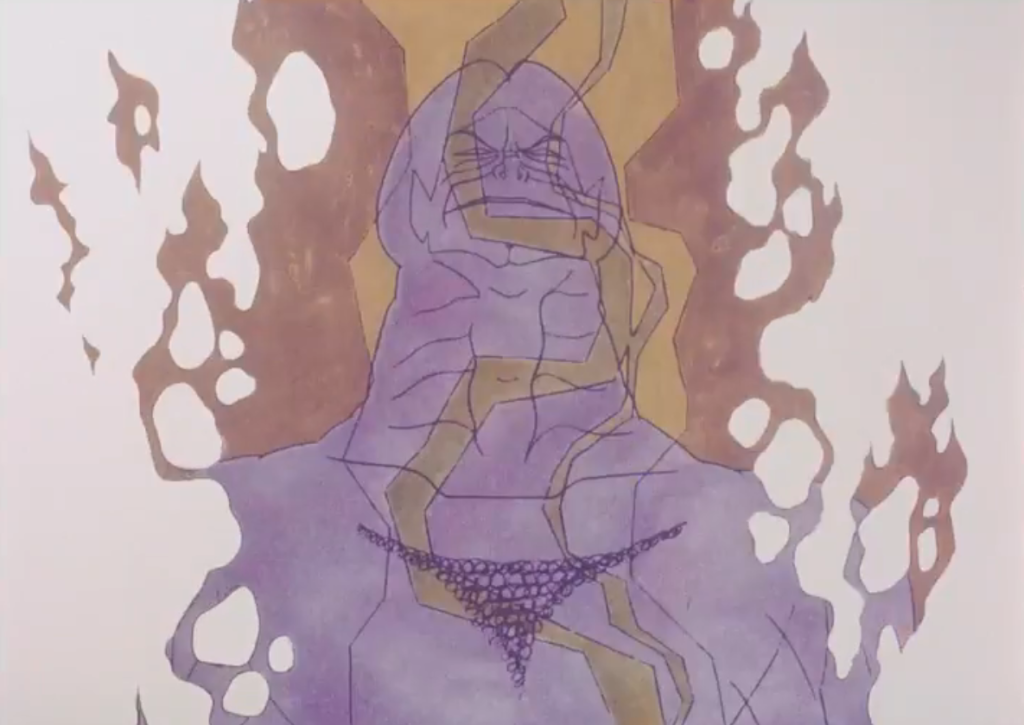 Never before seen in the U.S. outside of one-time special screenings, the restored Belladonna of Sadness (Kanashimi no Belladonna), directed by Kimba the White Lion‘s Eiichi Yamamoto, recently debuted at Fantastic Fest, and will see wider release later on. Per The Daily Beast, here is the plot, based on both a 19th-century non-fiction book about witchcraft and the story of Joan of Arc:

The young woman’s passion stirs innocently at first as she enjoys newly-wedded bliss with her husband, Jean. But when the powerful local Lord invokes his right of primae noctis and viciously rapes Belladonna on her wedding night, an escalating cycle of persecution and abuse is set in motion that leads her straight into the arms of the devil.

Belladonna’s affair with Satan—appearing first as a flirty phallic imp, he grows in size and intensity proportionate to his mounting desire to possess her—gets her ostracized by her peers, but also leads to a financial and sexual liberation that begins spreading to her fellow commoners, much to the dismay of the morally bankrupt religious-political order.

Needless to say, the clip below is NSFW.