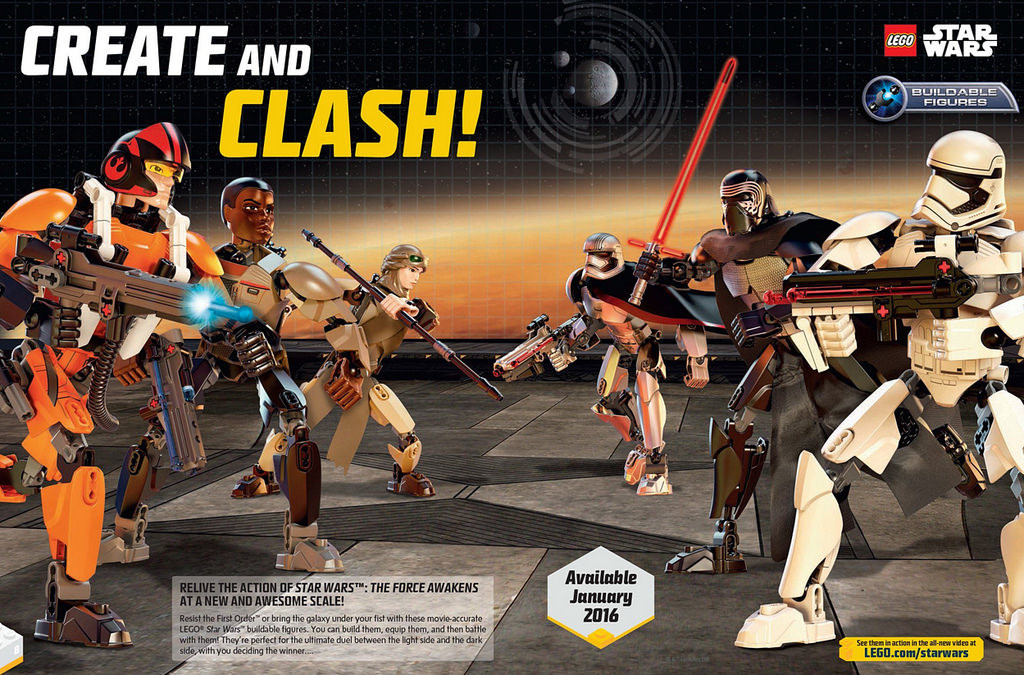 We’ve recently seen Luke, Vader, Commander Cody, Obi-Wan and General Grievous revealed in this Bionicle-like format that Lego fans call “constraction” – now we have our first Force Awakens characters in this style. None of the new characters lend themselves to the medium quite as well as Grievous, who looks like Lego Technic anyway, but the masked First Order baddies adapt to the stylization fairly well.

Since these figures can be broken apart and dismembered as often as you like, I suggest a Gungan next.