Sweet Christmas, has it already been ten years? I can remember the first New York Comic Con vividly – we started out in the dead of February only taking up what’s now the holding pen for Main Stage wristbands, but we were rowdy enough to drive the New York Times Travel Show snobs out into the snow. HA HA, SHOULD HAVE ACTUALLY GONE TO THE ISLANDS, LOSERS!

And now here we are, ten years later, at a show that takes up the entirety of the Javits Center and topping San Diego in attendance (151,000 people over four days last year). It’s so big that we take over the entire city for a week – Super Week – which, while full of awesome nerd events (like the Two Brothers signing at the Tribeca Barnes and Noble, or the comic band rock show in the West Village that I’ll be at), is so big that it’s impossible to do justice to.

And yet, last year’s con, because of some changes to how they operate the show, felt more organized and more welcoming than it has in years. There aren’t any sea changes in organization this year; just a ton of comic, toy, video game, TV and movie companies. For ease of use, if, say, you’re reading this from our spiffy new mobile site, I’ve linked to every panel listed so you can add it to your show planner on the NYCC mobile app. And don’t forget to stick with TRV all weekend on Twitter for real time photos and updates from whatever’s in front of me at the moment. Let’s see what they’ve got planned for us! 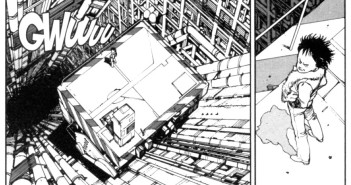 Aaah, the hopes and excitement of the first day of con. Use Thursday and its relative quiet to get a lay of the con – where everything is, where the good bathrooms are (by the Chase ATM near the entrance to the Empire Stage), which food stands are worth eating at. I mean, none of them are really worth eating at, but you do need calories to stay moving, so…bring snacks.

STUFF TO DO
NEW DLC FOR SUBWAY

The MTA released the latest and long-awaited DLC for their massively popular Subway game earlier this year. They ran into problems implementing the physics of the lynchpin of the new map pack, the 34th Street and 11th Avenue stop’s diagonal elevator, known colloquially to developers as “The Akira Lift.”

They for realsies did put in an Akira elevator, though, and I promise each one of you readers that at least once (probably Thursday on my way in, before the cascading hangovers wash me into oblivion), I will shout “TETSUOOOOOOOOOOOOOOOOOOOOOOO.” If you yell “KANEDAAAAAAAAAAAAAA” back at me and you’re a TRV reader, you’ll get a firm handshake and the knowledge of a job well nerded.

This train station makes the trek to and from the Javits Center so much easier. There was a certain charm to the Geek Independence Parade that 34th Street turned into every day, with all the cosplayers and giant con haul bags, but I’m lazy more than I’m a nerd, so I’ll take a half mile shaved off my walk.

GET YOUR CON EXCLUSIVES

The con exclusives always run out right away, so your first stop on Thursday should be to try and get the con exclusive toys and comics before they run out, usually on Thursday afternoon. So you’re going to want to check out the ComiXology Submit Booth (B11 in Artists Alley) for print versions of stuff like the excellent Revenger or Fresh Romance. Likewise, you should stop by Valiant’s booth (1635) and grab the Shadowman and Ninjak mugs. Marvel (Booth 1354), Oni Press (Booth 1928), Image Comics (Booth 1544), Dark Horse Comics (Booth 1636) and Archie Comics (Booth 1836) always have good stuff, and Viz Media (Booth 1346) is bringing exclusive Naruto prints, so find them.

PRAISE BE TO THE FLYING SPAGHETTI MONSTER THEY PUT THE VIDEO GAME BOOTHS OUTSIDE THE CON FLOOR. That said, these are the people who made that Star Wars battle pod game that’s only in like, four Dave & Busters across the country, and :whispers: it’s pretty awesome. So if you want to try it, do it early.

You bet your goddamn ass Rob is A1. 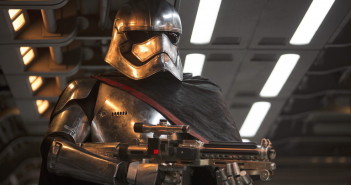 We’re only a couple of months out from the release of The Force Awakens, and considering how much Star Wars toy news has been dribbling out every week or so, I think it’s safe to expect new toy announcements at this panel.

Silent Bob and Snowball talk about the show about owning a comic shop which is inexplicably in its fifth season, but Young Justice got cancelled after two. Maybe this would be a good time to start a protest. I’ll lead a march on the CN table with signs that say “THERE’S NO WAY COMIC BOOK MEN SELLS MORE TOYS” and “NO YOUNG JUSTICE NO PEACE.”

If you want a panel to ACTUALLY go to at 12:15, Yahweh-M’kfarlane, The Lord Who Makes Toys, (Genesis 51:2) (if he can do it so can I) will be showing new GOT and Walking Dead toys and shop talk about making comics.

Did you guys see the first couple of episodes of the new season? They’re the best thing Star Wars since the Thrawn trilogy. YES EVEN JEDI OUTCAST. They’ve done an amazing job introducing the rebellion, and even though I really didn’t care for Clone Wars, I’m even geeked for the return of the Clone Troopers. I have no idea whether The Force Awakens is going to be any good, but I won’t even hate on it, because it’s rejuvenated the entire Star Wars universe.

When you don’t get into the Rebels panel (remember: they only clear the main stage, not the Empire stage), this is a solid consolation prize. I was putting my comics away the other day and I hit a stretch of Valiant books, and I couldn’t find a single one I didn’t like. I say that as someone who came into the Valiant U knowing nothing about the characters and only having a vague understanding of the company’s history, but it’s really impressive how they’ve managed to keep their entire line consistently good. And the new Faith series sounds awesome. This panel will help get you started with Valiant.

This is a good time to remind you that Marvel Unlimited is amazing (and DC Unlimited would be even better – GET IT TOGETHER GUYS), and they usually time discounts around big events, so watch out for a crazy cheap month or two some time this week. The digital folks and a few “special guests” are going to talk about the ancillary stuff to their comics here – the games, the apps, etc.

I’m confused. I thought the Star Wars fan meetup was called “all of con.”

The Biggest Attack on Titan Manga Announcement Ever 4:00 PM, Room 1A18

Viz is promising “the biggest announcement about the Attack on Titan comics series…ever,” so it’s either a definitive end date for the manga, or they’re trying to be cute about announcing a version bigger than the (totally awesome) Colossal Edition. Like, an Mega Ultra Edition or something.

We at TRV are all about making comics a more inclusive place, but that’s not why you should go to these panels. HOLY SHIT look at the folks they have speaking. At the LBGT panel, you have Steve Orlando, James Tynion IV, Babs Tarr, Kevin Wada, Kris Anka, and Jennie Wood; at the Black Comics Month panel, Mikki Kendall, David Walker, Mildred Lewis, Greg Pak, Jeremy Whitley, Shawn Pryor and Orlando  are all there, and they’re all incredibly talented. These panels should be awesome on the strength of the personalities alone.

Sean Bean’s making his first appearance at New York Comic Con! Will it be his last? (Dear PRISM: haha just making a silly observation about how he always dies in movies and not making a threat please you can stop reading this post now haha thanks for keeping us all safe great work guys!)