I’m not entirely sure what’s going on with Figrin D’an’s head tattoo there, but it kinda makes sense that he would wear a T-shirt with his band name during his off hours in Charissa Gregson‘s portrait. 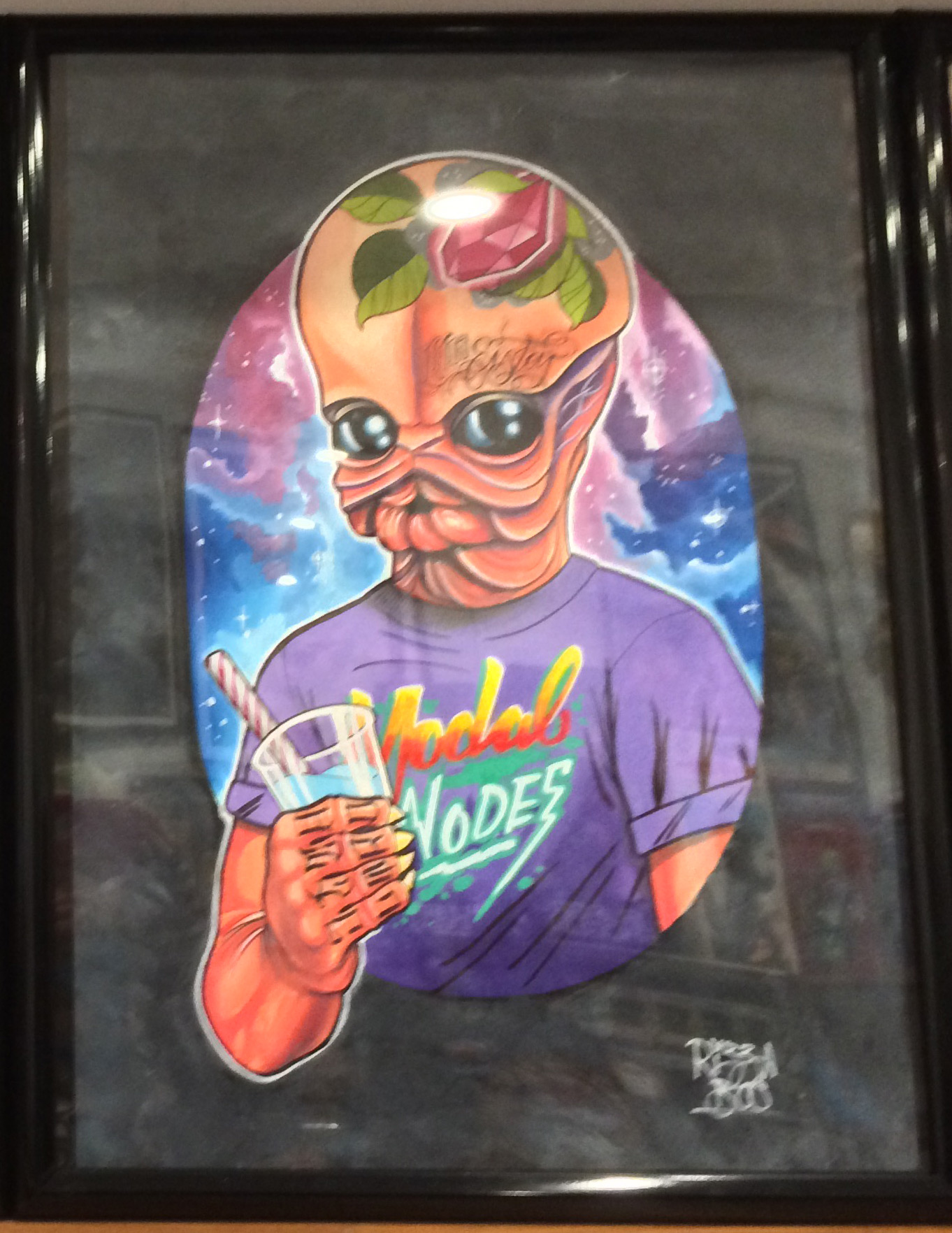 Cover model Obi-Wan in all his midichlorianated glory. I like how “Remember Mustafar” (which at first glance I thought was a reference to Alec Guinness’ Lawrence of Arabia character, but I was wrong on multiple levels) is done in mirror-image Memento style in Vinny Romanelli‘s portrait. 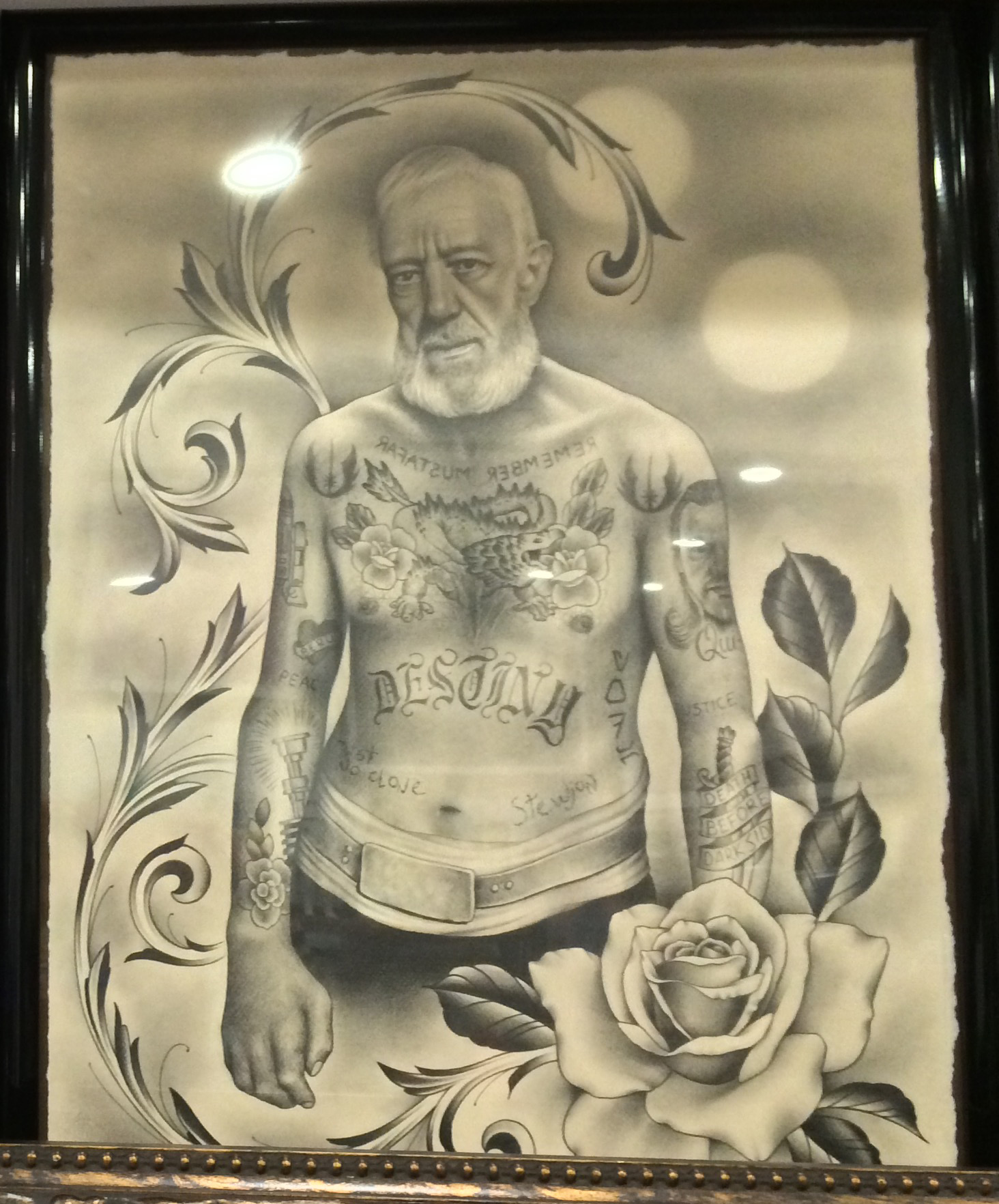 Not to be outdone in the old-tattooed-British-man contest, Grand Moff Tarkin goes for permanent epaulettes in Steven Rieck‘s portrait. 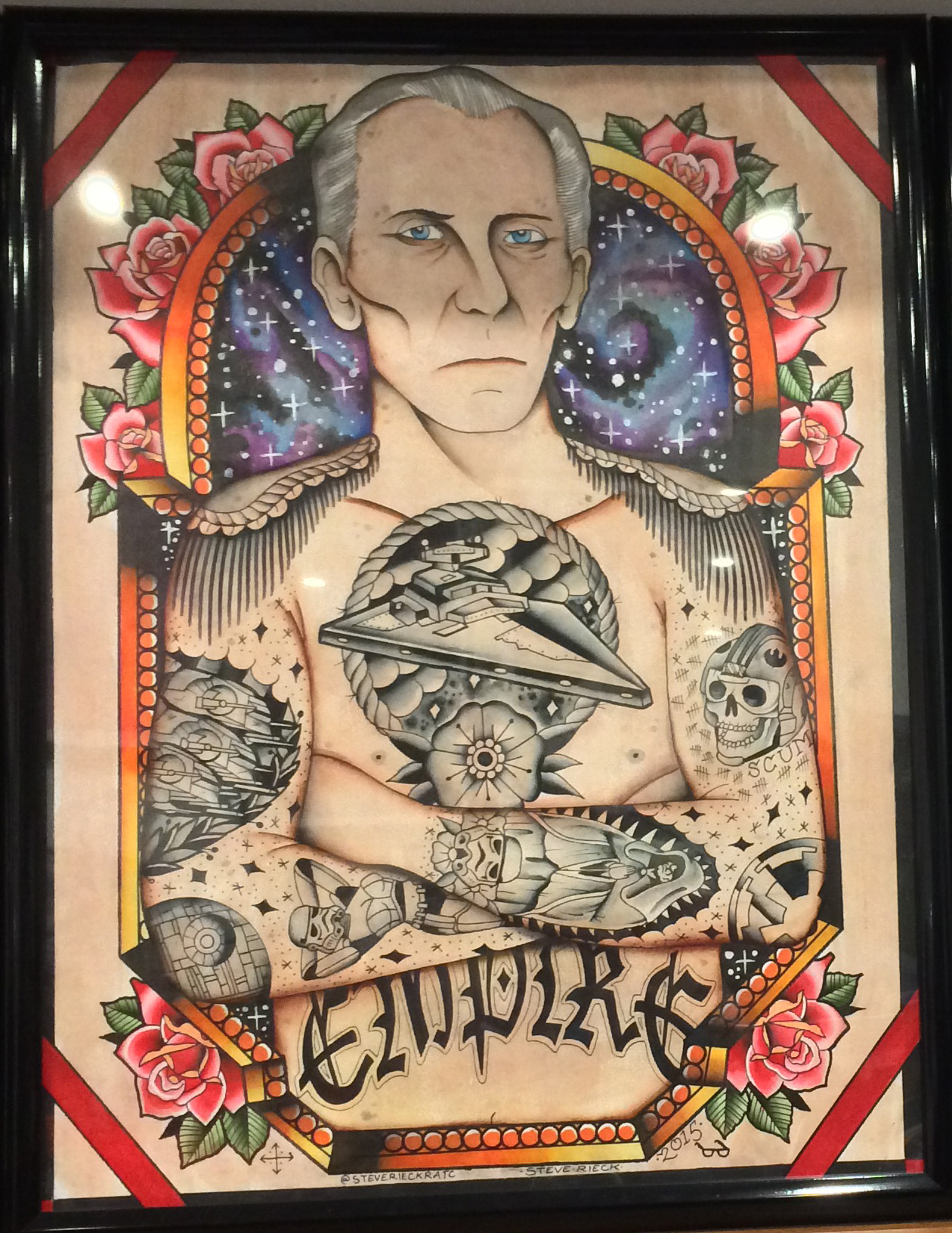 Amidala was not always one for fashion understatement, but the tattooed tear streaks are just right in Saga Anderson‘s illustration. 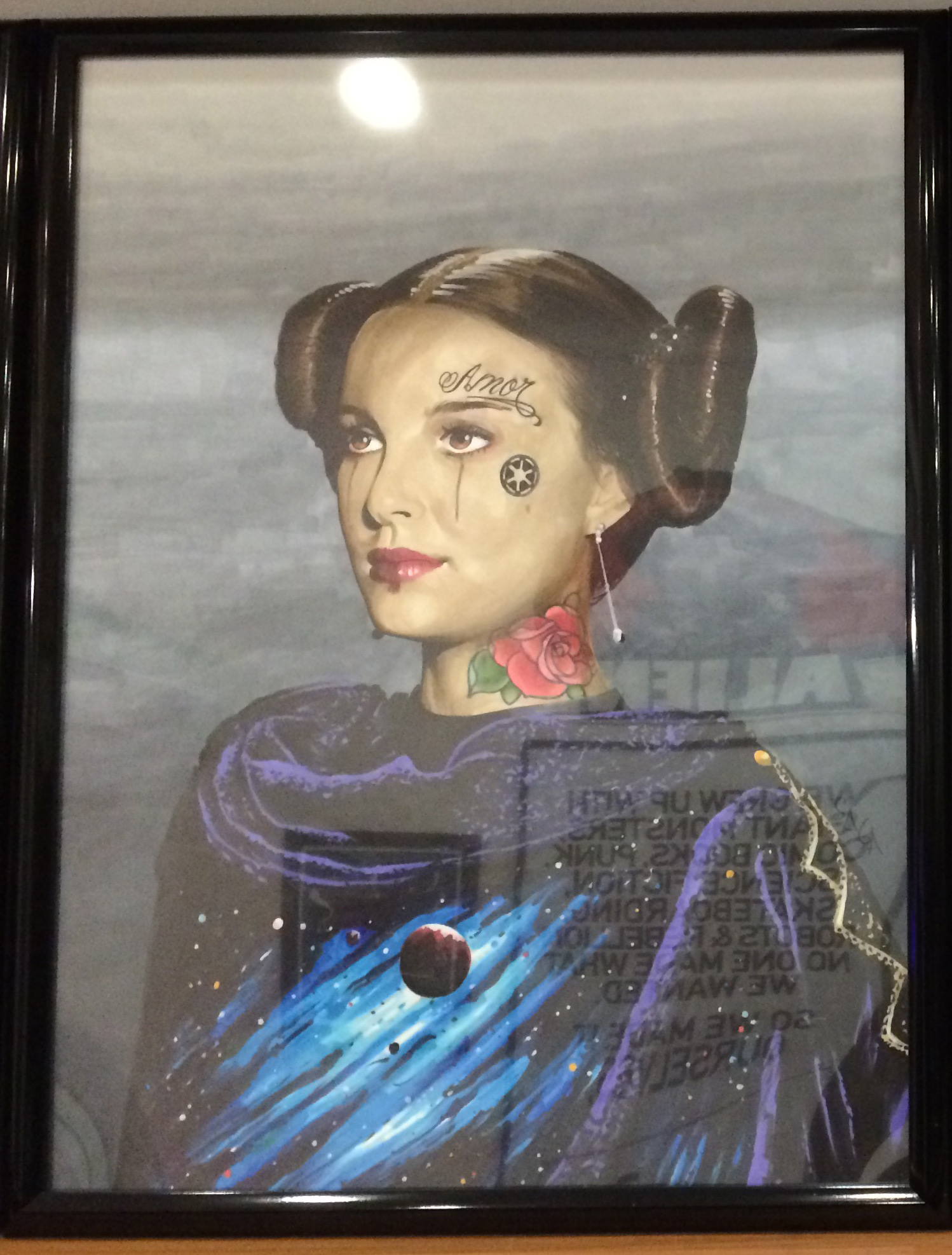 And last but (mostly) not least, the Star Wars: Droids cartoon existed whether you wanted it to or not, and Thall Joben tries to have a little backbone while getting his Rebel ink in Marc Draven‘s illustration. 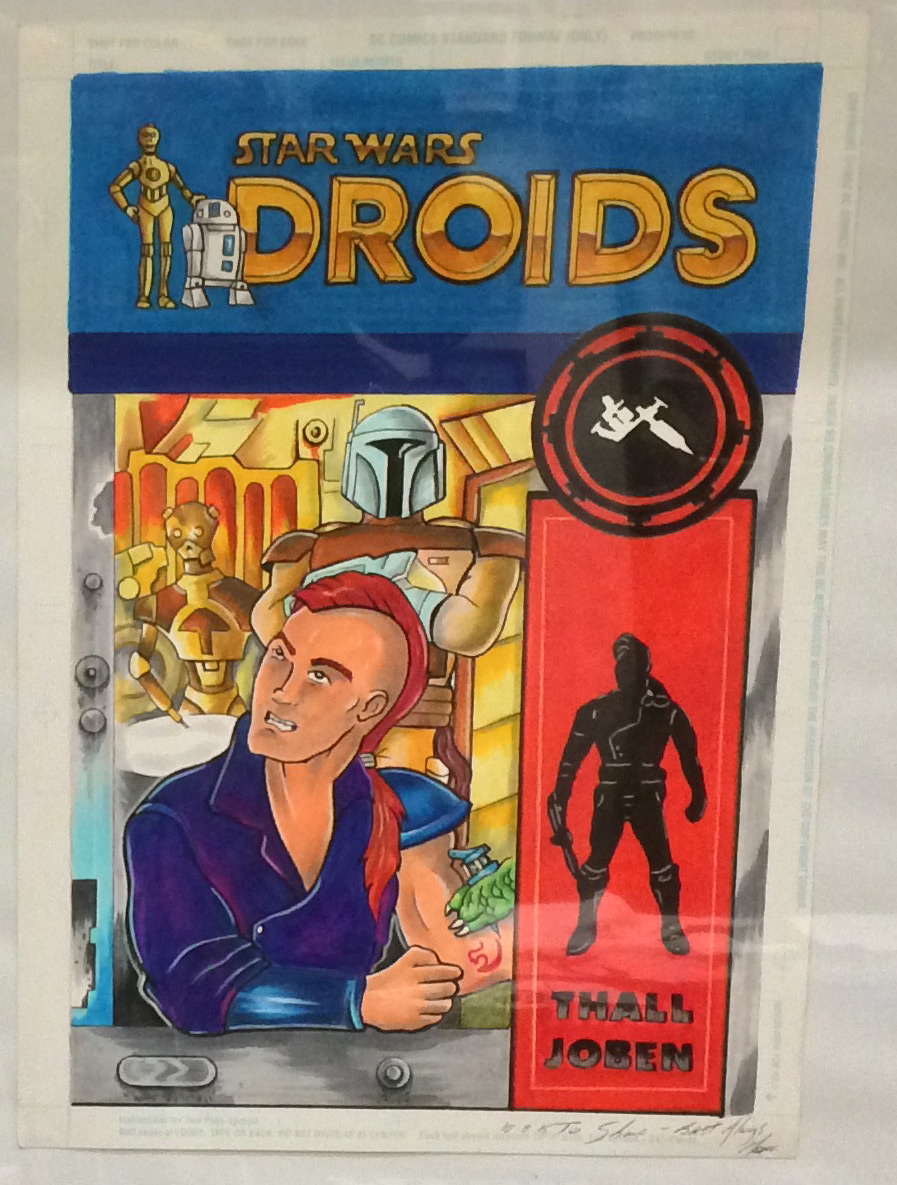 All that said, the best thing I saw that night was the Twin Peaks-inspired window display down the street at Held Over. As a longtime fan of Fire Walk With Me, I think it’s always nice to see Laura’s Angel getting a little love. 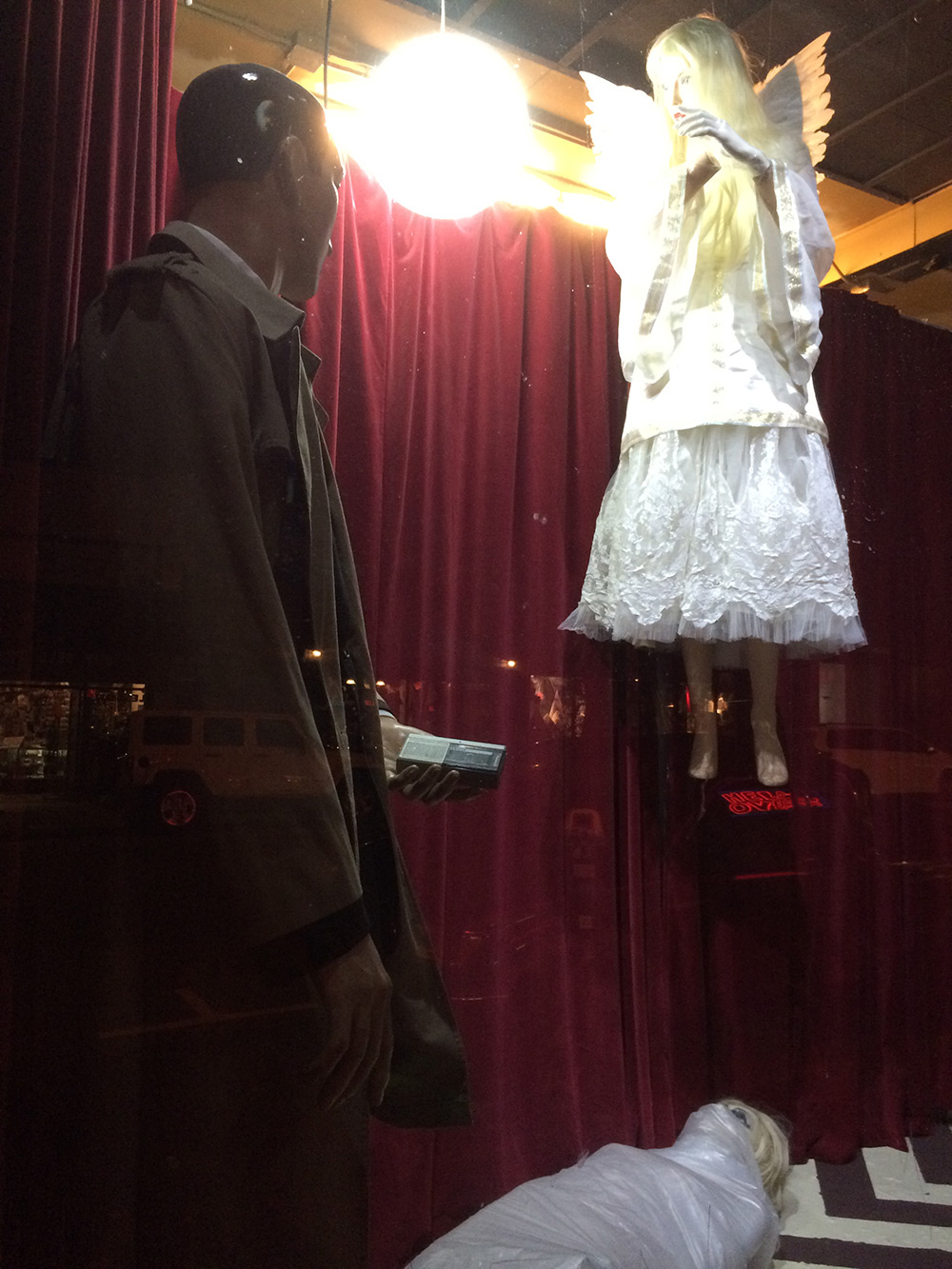 As for Portraits from a Galaxy Far, Far Away, some of the works are available for sale and some aren’t, but they’re all browseable in the exhibition catalog, which is a neat little art book in its own right. Check it out.

The 14 Coolest Things from the My Little Pony: Equestria Girls – Rainbow Rocks Commentary

7 Reasons You Should See Terminator Too: Judgment Play

The 33 Coolest Videos from PONIES: The Anthology

6 Reasons You Should Watch Bullet in the Face

The 5 Coolest Things About the Navajo Translation of Star Wars

The Six Coolest Things In Starlog #001: The Voyage in Retro-Nerdery Begins