If you’re reading this and not already a fan of Ralph Bakshi, his latest cartoon, Last Days of Coney Island, will likely not be the one to change your mind. However, Last Days isn’t just for Bakshi fans. It plays a few roles and all with no apology – it’s a comeback, a call to arms, and an artist’s unadulterated vision.

I made sure to grab Last Days of Coney Island as soon as it was available on Vimeo and watched it twice. Despite the loose pencil lines and haphazard story approach, this is the most clear Bakshi has ever been. It takes some settling, but it settles well. Here’s why Bakshi’s last days of being an inspiration aren’t coming anytime soon.

1. He Took His Own Advice

Stephen Worth is an animator who has worked with Ralph in the past, and is now the primary caretaker of Animation Resources, an archive that acts as a treasure trove for animators and enthusiasts. In a Comic-Con panel in 2008, Worth asked Bakshi about his philosophy toward animation considering the modern climate. The answer was an inspiring rant, frank and unfiltered, that speaks to most creative endeavors and not just animation. By all means watch the video first, but to paraphrase: the age we live in affords us incredible power and opportunity, so anyone trying to reach an audience through their work only needs to put forth the effort.

Complaining about ‘The Man’ while working for him is easy. We all do it. We also love an underdog, and Ralph has always fought an uphill battle. The director has always been open with his opinions about mainstream film studios, but here his deadlines were only his own. He could use the budget as he saw fit, however modest it was. Anyone can rant. The only way to make people listen is practice what you preach.

2. The Rawest HD You’ll Ever See 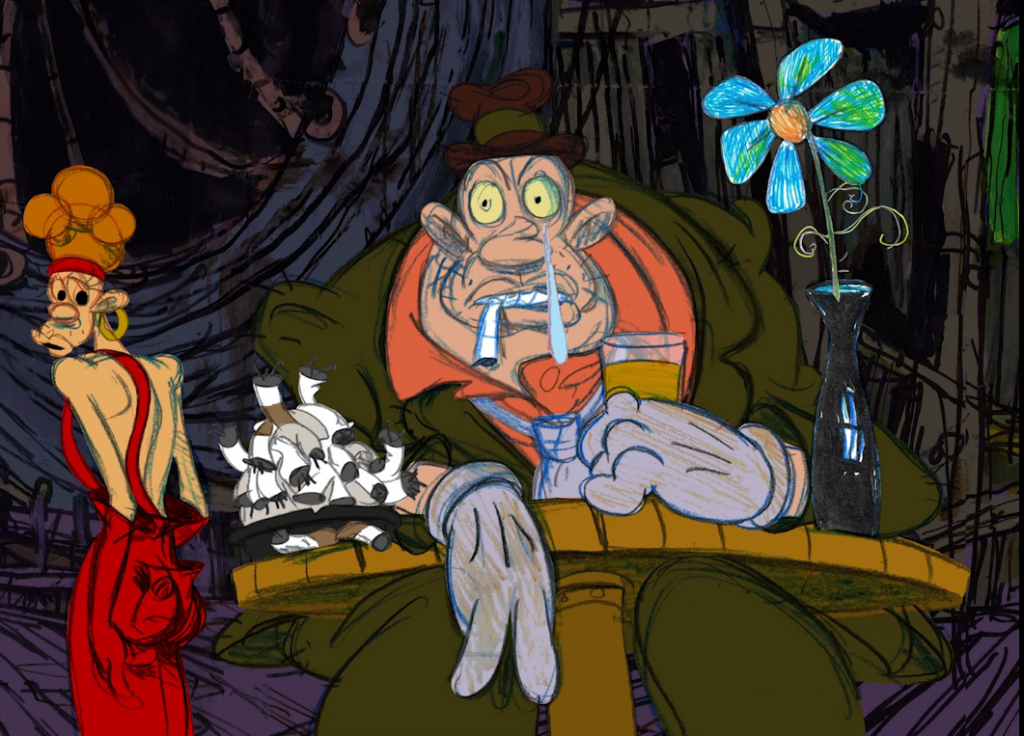 Bakshi’s animation has always been endearingly dirty. Even when working with huge properties like Spider-Man or Mighty Mouse, his work always had too much energy to be fully commercial. A big part of the rant in that video above had to do with the power of the computer, and how Bakshi was able to have his whole studio in a box. This resulted in the smallest animation crew he has ever had – a mere two assistant animators are credited.

In the film industry today, it’s no secret that unnecessary production tricks are often used to prop up an otherwise lacking scene or idea. Now that Bakshi has dipped his toe in the digital world, it could have been very easy for him to rely on shortcuts to get more polish or present something that masked his process. But even though this is HD, the frantic pencil test look stays in. The backgrounds are still full of smoke and grime. Even with a cleaner lens, the Ralph we’ve been looking at all this time is still just as raw. 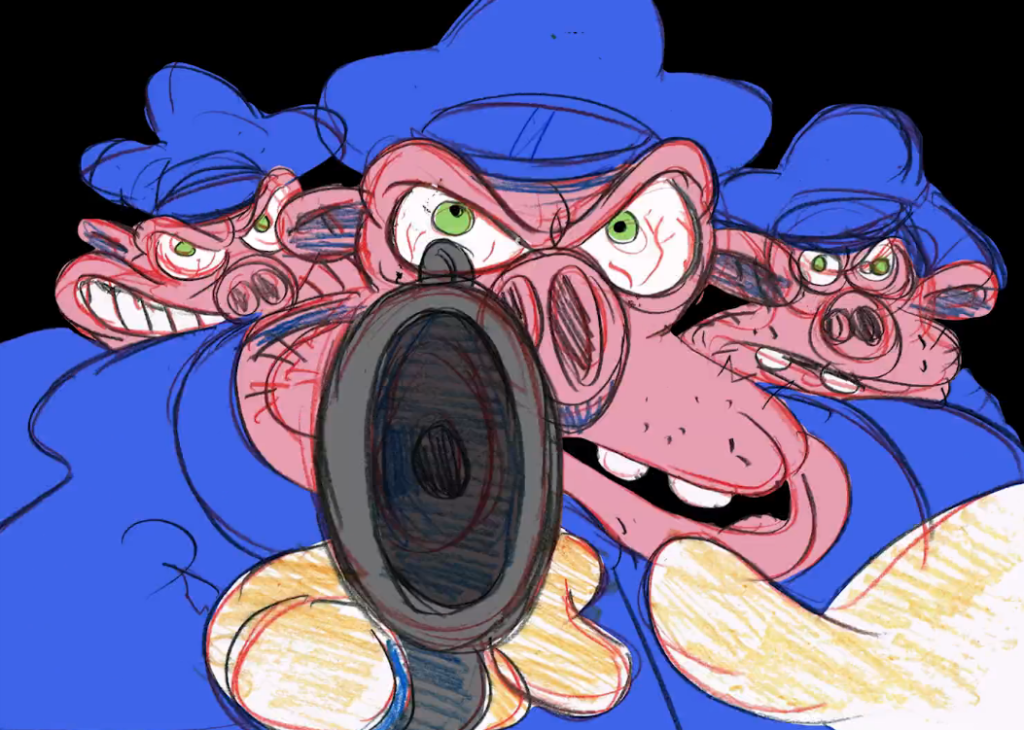 In a recent interview with Animation World Network, Ralph says “I’ve always hated the introductory scenes in films, the scenes where you tell this guy is good, this guy is bad, this guy’s got a life, this guy doesn’t – all those scenes that prove this guy’s good and this guy’s bad always take time and have always been very boring to me. The exposition. In this new film, I try to find a new way to tell a story, introducing lots of characters without the usual trappings around them that slow a film down. That’s done very well. In that sense it’s not like anything I’ve ever done.”

It’s the same philosophy as a comic panel: real estate of the page needs to always be utilized to its fullest. In terms of Coney Island, all the information we know about the characters and their backgrounds easily provide a feature’s worth of story. And this is the seed of the film’s aggressive energy. The packed-to-the-brim feel was present before the first frame was ever drawn. And it’s the most efficient form of “show, don’t tell” Bakshi has ever delivered.

The story tells a Gatsby-style meeting of fates between a cop, a killer, and a hooker. Through metaphorical visuals (like shitty people turning into actual piles of shit) we see and believe how each character feels with very little information. I hesitate to call it masterful storytelling, but after multiple viewings I find that the depth here is astounding.

Bryce Abood is a musician and screenwriter. He has toured 40 states with multiple bands and played on over a dozen albums. Bryce has written about E3 and done video coverage for San Diego Comic-Con, as well as contributed to several podcasts including Topless Robot Live. Bryce also writes about scripts for never-made movies, often collaborating with a visual artist to produce fake concept art. His spare time goes to consuming or creating cartoons. Bryce lives in Los Angeles, in the Hip Hop section at Amoeba Records.