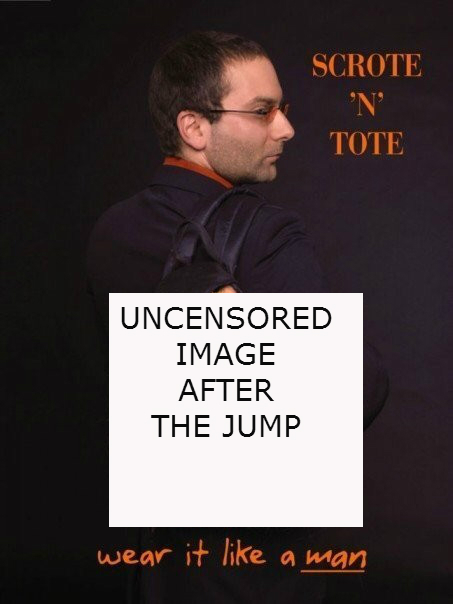 To quote Michael Keaton in Batman, “You wanna get nuts? Let’s get nuts.”

He forgot to add, “And then wear them on our back.” 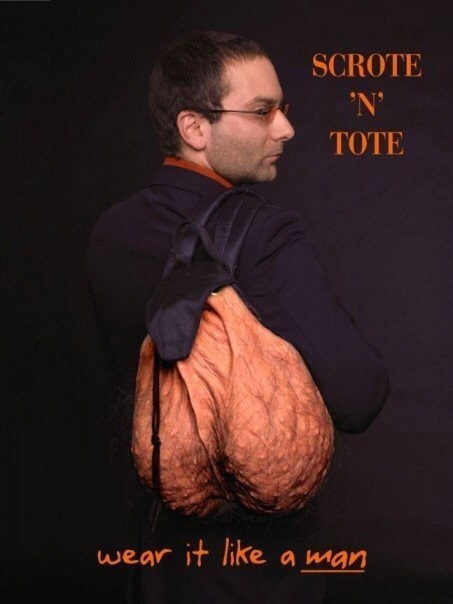 This is the way of the world. Daniel Bitton of Quebec, Canada, had a ballsack backpack custom made, from his own design, for an independent film. When a photo of him slinging it over his shoulder hit the Internet, naturally he was barraged with requests to know where one could be purchased. So he has now taken to Indiegogo to see just how serious said requests were, and how quickly they’d translate into donations (it’s already almost a third of the way there). And in case you were wondering – we know you were – there is also an “ebony” version in addition to the “ivory” shown. Coincidentally, all of this is one reason Stevie Wonder is sometimes glad to be blind.

Do you have the stones to just kick it with a totes my-scrotes? It’s time to see if you’re a real baller. Just how much can you pack in that sack? It’s time to see who the real Senhor Testiculo is. Don’t get mad – go nad.