It’s safe to say that Star Wars Battlefront is going to be the closest to a family-friendly first person shooter we have ever seen, at least since Super Noah’s Ark on the Super NES. The game is completely bloodless, seems to be profanity free, and for the most part is no more violent than any of the Star Wars films to date. Of course, the minute someone plugs in a headset, they will be bombarded by the typical Xbox Live or PlayStation Network prolific preteen profanity. Thankfully, parental controls can keep my kids from getting a swearing lesson that would make a Merchant Marine blush.

I believe it’s safe to say that the number of players online during this short preview session pales in comparison to the number of players who will be active on launch day. That being said, like the beta test, network latency issues often made the game next to unplayable, even with the limited number of people playing at the time. Add in everyone who is picking up a copy of the game on day one, and we will probably have network issues the likes of which even Threepio cannot calculate..

Network issues were most often seen on the large, 20 vs 20 multiplayer maps. Smaller maps seem to also be affected, but nowhere near as severely as the large ones. The fact of the matter is, any game that gathers 40 people in it at a time is going to be prone to have network problems. It’s going to take muy muy bombad servers to keep Battlefront afloat.

Companion apps are becoming commonplace these days. Now that just about everyone has a smartphone, game developers want you to think about their product no matter where you are. While most have limited amounts of usefulness, the companion app for Star Wars Battlefront is actually a game of its own.

Multiplayer games start whether or not you are ready, so trying to customize your character or make unlock purchases between games can be a pain in the ass, so long as you want to be in the action from the start. The companion app allows you to make purchases, change your character’s appearance (well, their head at least), or change you Star Card configuration without even having your console or PC on. It’s a nice touch, particularly since I can modify my character while sitting on my morning commute subway train.

Base Command is the card-based strategy game included in the companion app, and it’s a hell of a lot of fun. As Imperial forces attempt to assault your base from four sides, you play cards representing Rebel forces. It’s easy at first, but gets difficult fairly quickly, particularly when you find yourself needing special weapons or cards only earned in the main game like tow cables.

While playing Base Command isn’t a necessity, you’ll earn in game credits from playing, and even quick matches can be quite lucrative. There are only eight missions thus far, but I have the distinct feeling that the game will be expanded as time goes on. Regardless, the Battlefront companion app will give you your Star Wars fix essentially anywhere.

10. I Find Your Lack of Single Player Disturbing

After playing some of the single-player survival mode, I found myself seriously wishing for a dedicated single player campaign, perhaps one that filled us in on the events between Return of the Jedi and The Force Awakens. The graphics are so beautiful, and with controls smoother than blue milk, it just begs for a campaign. All of the Battlefield games have at least a small campaign, so I can’t imagine it would be that difficult to add one in, especially with the prices EA is charging for DLC these days. 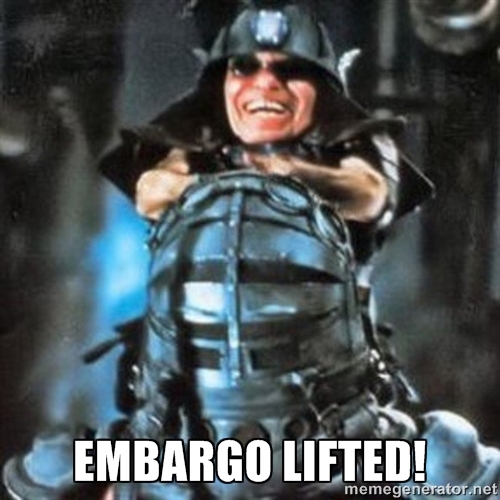 Typically, I think review embargoes are a sign of a mediocre or worse game. The fact of the matter is, no matter what myself or other gaming journalists say, no matter when we say it, people are going to buy this game. The Pope himself could denounce Star Wars Battlefront, and still it would sell. The concept of EA embargoing reviews seems completely alien to me, because all it does is introduce doubt into the masses. This review could have come out two weeks ago, and it wouldn’t have stopped the game from getting significant sales numbers.

The game is by no means perfect. The network difficulties alone were incredibly frustrating, but add to that the ease at which you die and the complexity of some of the maps, and it could easily turn off more casual players. That being said, while it’s not the perfect video game experience, it is the perfect Star Wars experience. It was the most fun I’ve had playing in the Star Wars universe since Knights of the Old Republic, and it’s the first video game in a long, long time that made me feel like a kid again. If you detest the Battlefield series, then this may not be the game for you: it’s essentially Battlefield in the Star Wars universe. That being said, if you love Star Wars, I feel you’ll love this game as well. It’s like controlling your entire collection of action figures and vehicles with a video game, and it’s blissful fun.

10 Things I Learned About Video Games, Eroge, Japan and Myself From Playing Saya No Uta