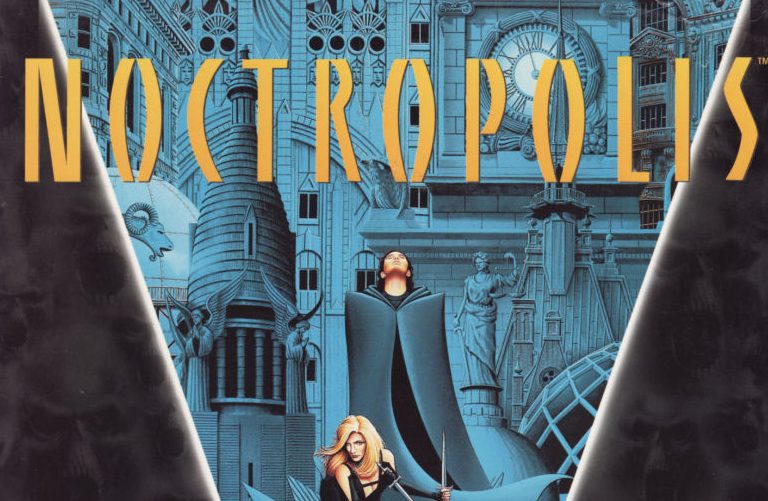 Noctropolis – a forgotten gothic superhero adventure from the full motion video era. What a mouthful.

Today on Backlog Quest, we dig deep into the past to unearth Noctropolis, a flawed – yet fascinating – footnote from the old days of MS-DOS point and click adventures. Noctropolis sticks players squarely in the shoes of Peter Grey, a down-on-his luck bookstore owner and fulltime comic nerd. After a mysterious package arrives at his door, Peter finds himself transported to the dark setting of his favorite comic. Taking it upon himself to fill the shoes of his favorite superhero, Darksheer, Grey sets out to stop a gang of powerful villains from taking over Noctropolis. 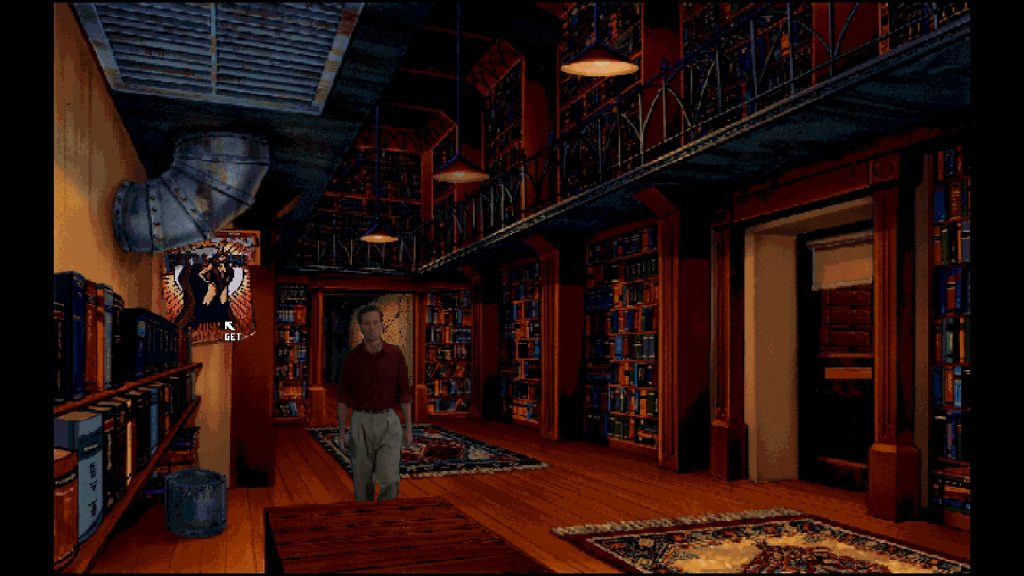 Unearthing Digital Relics: Nightdive’s Back At It Again

Flashpoint Productions initially birthed Noctropolis back in 1994, pushing it screaming and kicking headfirst into the world with the help of Electronic Arts. Unfortunately, the game was quickly forgotten in the shadow of its contemporaries. Adventure gaming monoliths Lucasarts and Sierra were in full swing at this point of gaming history, and it would still be several years until the genre’s fall from grace. Flashpoint Productions would also dissolve from view and become Bethesda’s west wing of development in 1995 – just months after Noctropolis was released. 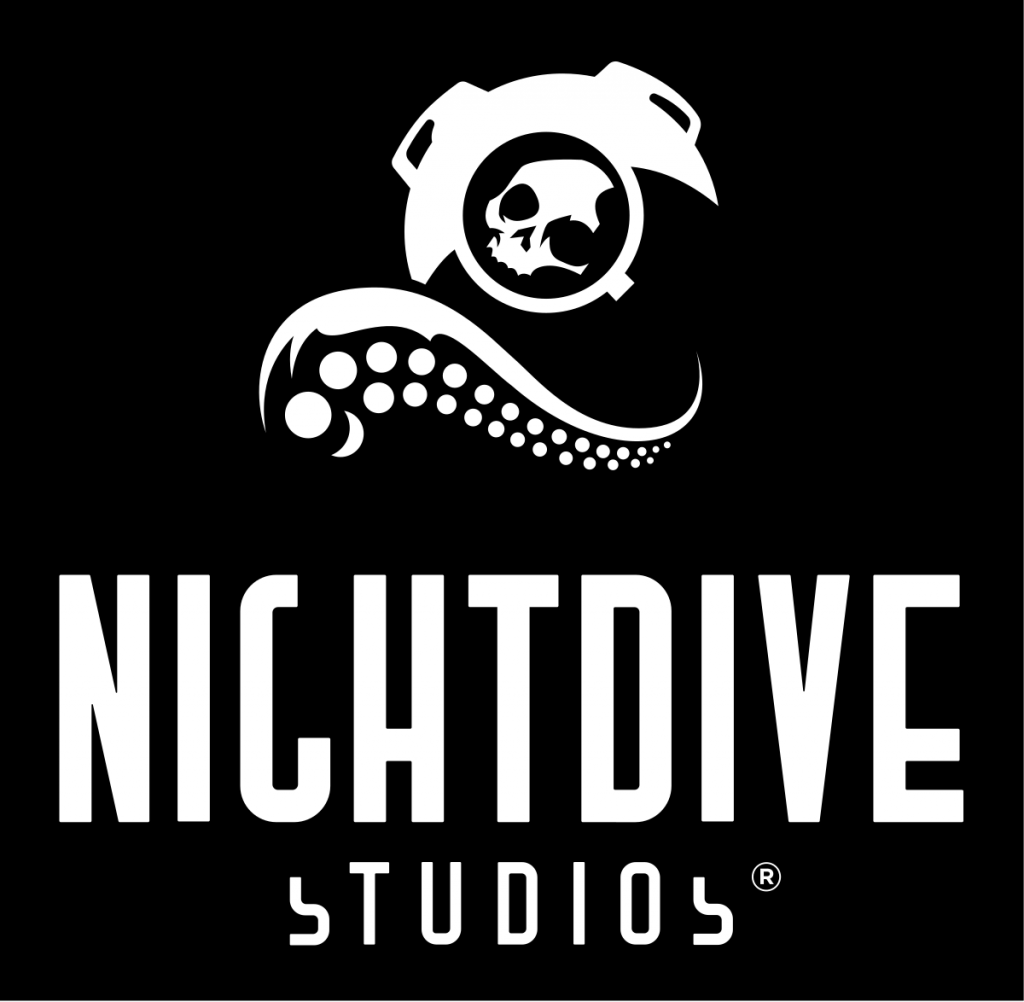 Keep an eye out for Night Dive – these guys are doing great things.

Everything old is new again, however. PC gaming resurrectionists from Night Dive Studios worked with the original developers to acquire the game’s source code and exhume Noctropolis from its dusty digital grave in 2015. This release was an enhanced edition of the game that fixed bugs and fail states, remastered the soundtrack, and added compatibility with modern operating systems. 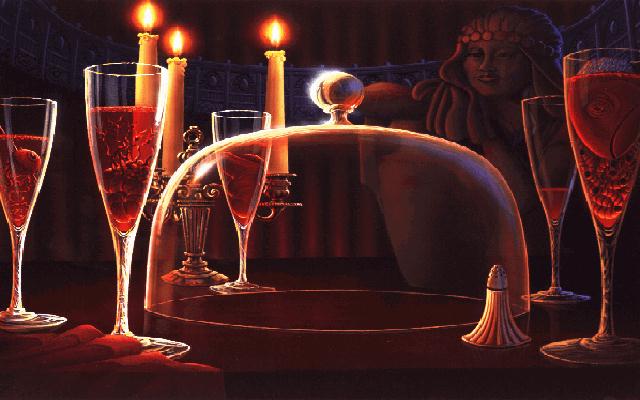 Another charming locale in Noctropolis.

Visuals in Noctropolis are a mixed bag. Many of the beautiful backgrounds evoke a dark gothic industrial feel. The game uses enough distorted perspectives and fisheye lens cityscapes to make Salvador Dali sweat. However, it’s apparent that some of the backgrounds were hastily photo-bashed, and the digitized actors have glacially slow animations. This can cause the characters to look somewhat strange and often out-of-place.

Noctropolis came out during the rise of CD-ROMs and full motion video. This mix of visual styles definitely shows its age, but isn’t without a charm all its own. Both the quality of the video itself and the uh…”acting” contained within can be somewhat hit or miss. 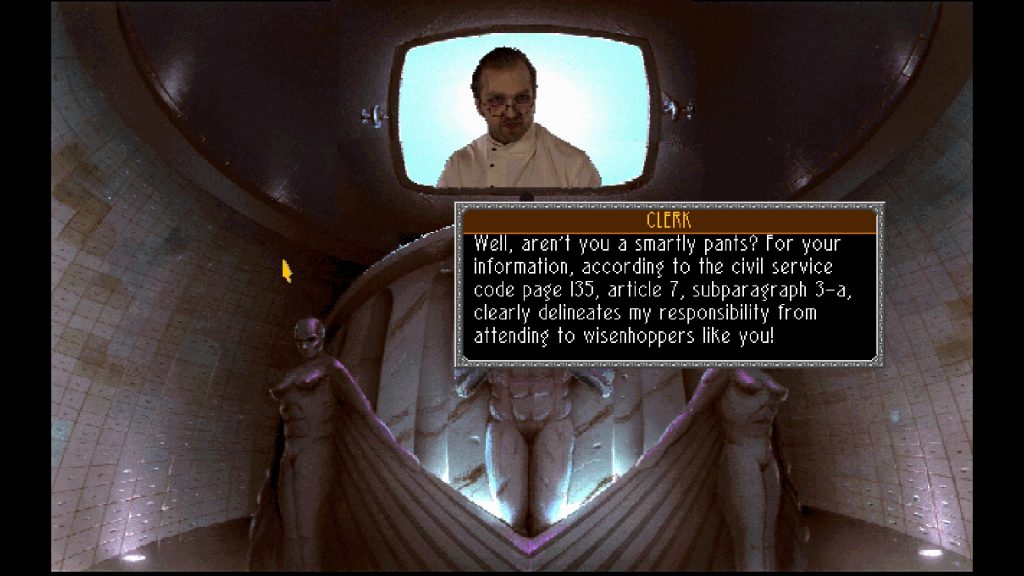 Some of the bit characters have some of the best performances in Noctropolis. Also, If anyone knows what a “wisenhopper” is, drop us a comment!In contrast, the remastered soundtrack is quite polished. Ron Saltman’s work mixes beautiful movie score themes with a sprinkling of bouncy, quirky tunes to create an overall tonal effect reminiscent of Tim Burton movies. 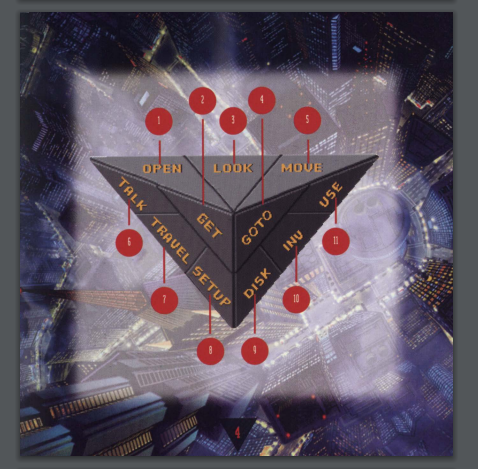 The interface: A pyramid of horrors.

Other reviewers have pigeonholed Noctropolis as a standard point-and-click adventure, and that is mostly true. However, there are some very strange design choices for the time. The interface is a big, grey, ugly triangle. Bringing up this ludicrous triangle allows the player to switch their cursor to perform different actions, but “move”, “go to”, and “travel” all share similar names while having completely different functions.

The conversations can be entertaining in themselves. However, they often have to be “solved” by brute forcing through the dialogs over and over again until you gain the desired keyword or advance the plot. Characters you talk to often have instant amnesia after your conversation is done, no matter the outcome. 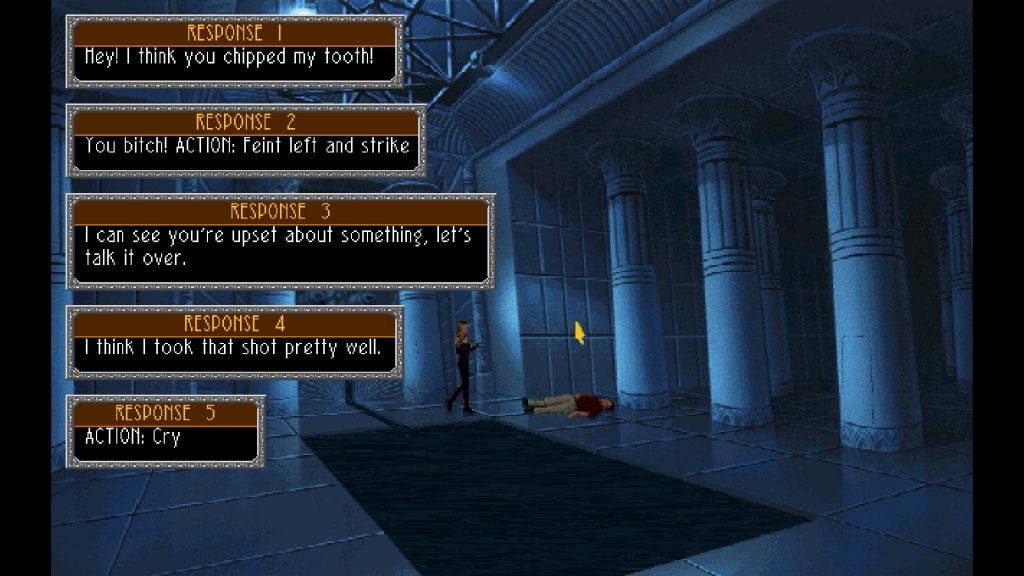 This is probably the only game I can think of that has ever let me successfully cry my way to victory.

Items are used automatically, if you click them while Peter’s on the correct screen. This takes a lot of the guesswork out of the standard adventure game strategy of “trying every item on every point of interest possible”, but the game unfortunately counters itself with a large amount of pixel hunting, a few abstract and illogical puzzles, and numerous sudden deaths for Peter. The game is short, about 6 hours total, but be prepared to  wander around Noctropolis scratching your head for longer if you don’t plan to use a guide.

Overall, Noctropolis plays less like a traditional point-and-clicker and more like one of those hidden object or escape games that are popular on mobile devices. Still, let’s put all that aside.

A Look Back Into the 90s

I find games from the 80s and 90s to be incredibly fascinating. This was a period of time where developers were often challenged to come up with creative solutions due to technological limitations and budget constraints. Making a good game that sold copies was still the best, and often only, sales strategy. The mid 90s were also a pivotal time for games. Developers, now drunk with power due to the advent of CD-ROMs, did all they could to make games more like movies – and did so with varying degrees of success. Noctropolis represents a time when the landscape of gaming all began to change.

While I’m aware this article might sound like a lot of complaining, I still really enjoyed my time with Noctropolis. The true guts of any point-and-click adventure game lie in the story. So does Noctropolis deliver? Well, that depends on your tastes in movies. Noctropolis has all the cheesy charm of a favorite late night C-list flick playing on a roadtrip hotel room’s TV. Starting the game as a helpless dork that turns into an exaggerated grimdark superhero is a well worn trope, but the game wears it and bears it without shame.

Whether the story is intentionally funny or not, I kept wanting to stick around to see the next goofy villain or awkward dialog. Walking into the weird settings and watching the story unfold is a good time for anyone that appreciates a high level of cheese. As an added bonus, the superior Nightdive version of Noctropolis often goes on a deep sale when purchased from GOG.

it’s clear that there was a lot of passion behind the creation of the world  and its inhabitants. For that alone, I can give Noctropolis a playful dip of my dome. 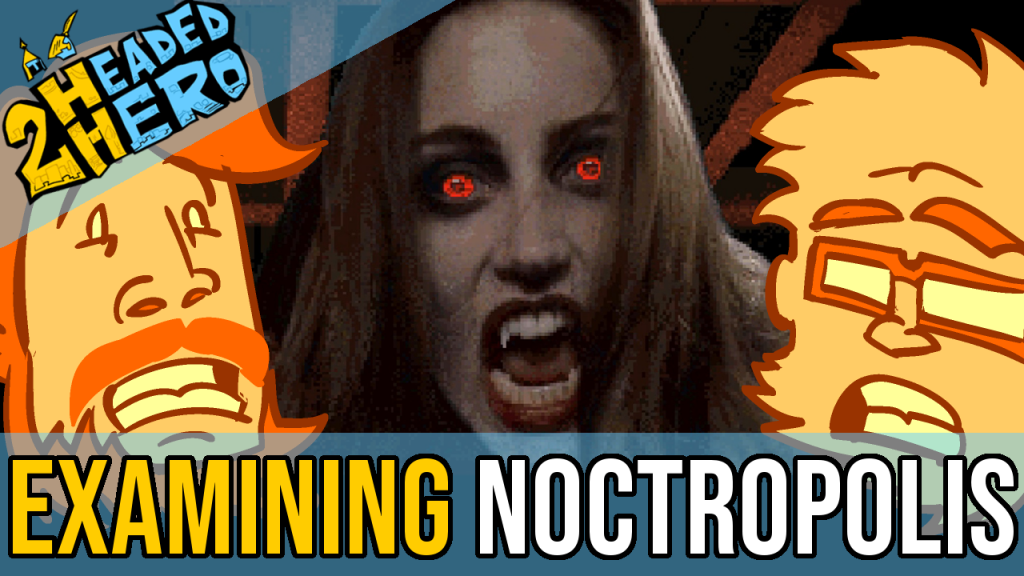 Prefer to watch rather than read? Check out the accompanying animated Backlog Quest episode on 2 Headed Hero for the full effect!