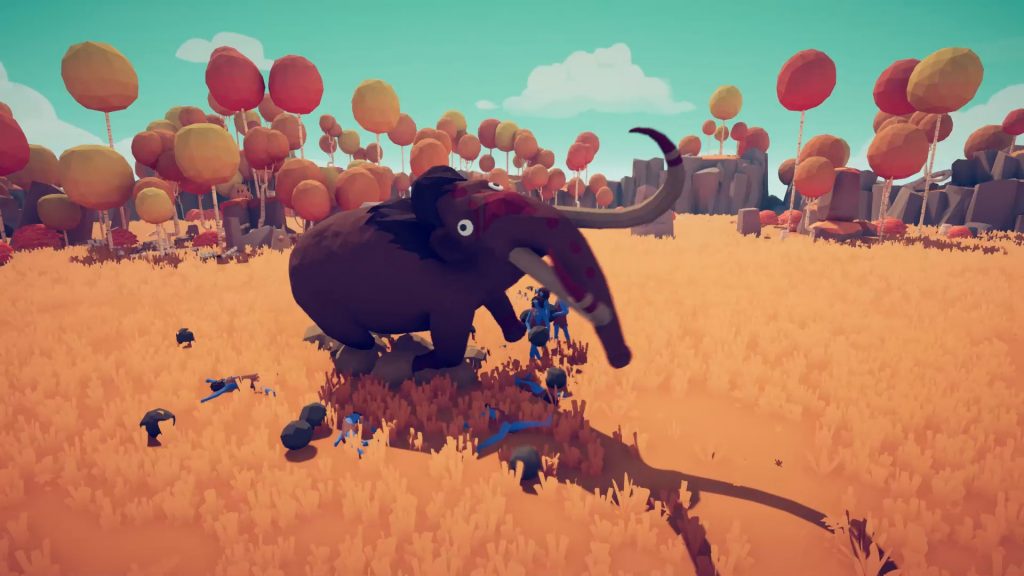 Feast your eyes on Stampy, the world’s greatest mammoth. Isn’t he adorable?

Totally Accurate Battle Simulator’s release was met with major excitement from a growing group of core fans, who have helped nurture Landfall’s charming physics battler since it began development in 2016. Like TABG before it, content updates for TABS are frequent, but the roadmap is much more ambitious. New unit packs and balance tweaks have already started rolling out, making the path to 1.0 much more exciting.

So, what in the wild World of Warcraft is the game even about? I’m glad you asked. 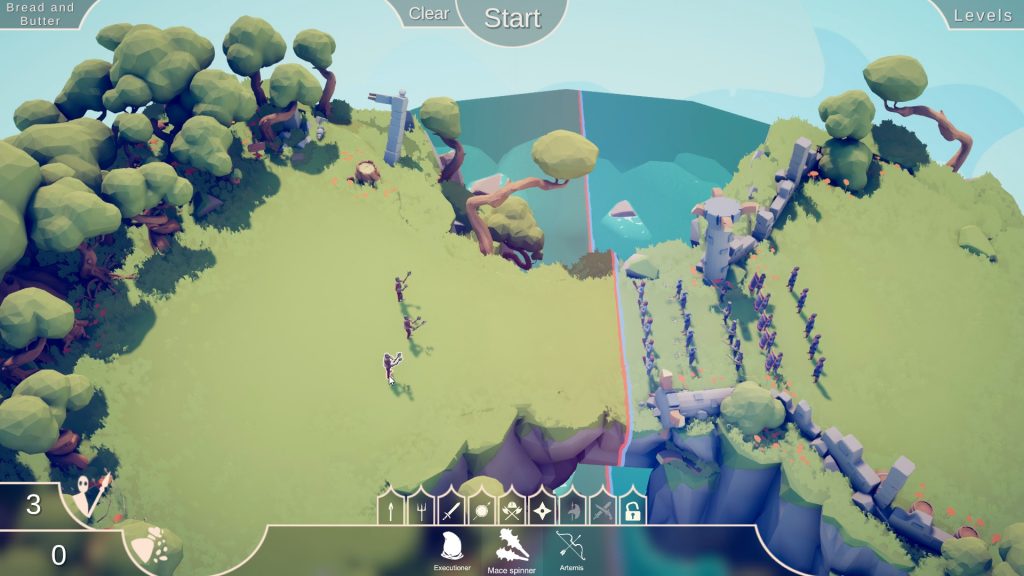 Totally Accurate Battle Simulator is a deceptively simple game that presents an arena of foes. The game then challenges players to defeat them by spending limited points on placing units of their own. The two sides charge each other at the tap of the start button, and attempt to clumsily bludgeon and spear their rubbery opponents until one side emerges victorious. 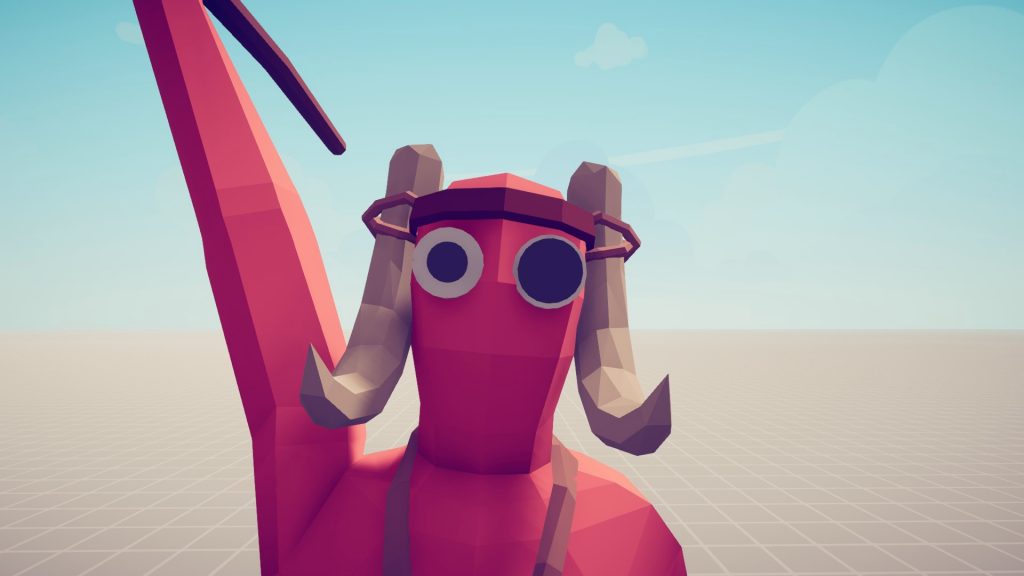 The low-poly look here is clean and charming, and enhances the game’s cartoony feel. I especially appreciate the silly googly-eyed stares on all of the units. There’s some surprising detail to the shadows, and the simple characters and environments still have a sort of softness about them – no harsh or jagged edges here. 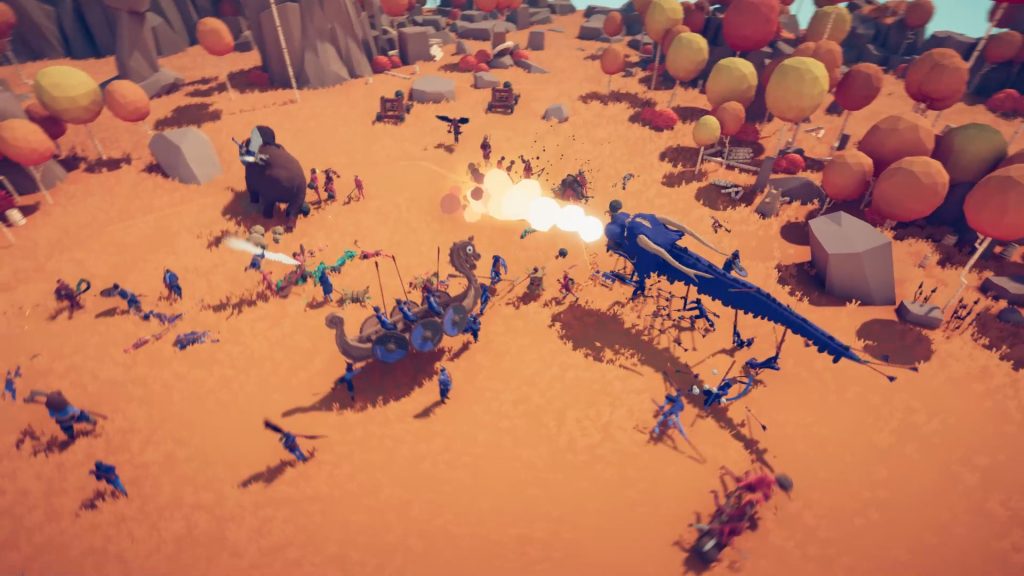 The game also ran without a single hiccup on my midrange rig – at least, until I tried to choke it by throwing down a few hundred units. Still, it’s quite encouraging – especially considering the dicey landscape of Steam Early Access. The physics-based movements and animations are the real star of the show, and it’s impossible to contain a laugh after seeing the two sides of the fight mosh-pit into action.

Combined with the comical squawks and shouts of the combatants and intentionally ironic soundtrack, TABS’s overall presentation is just plain fun. 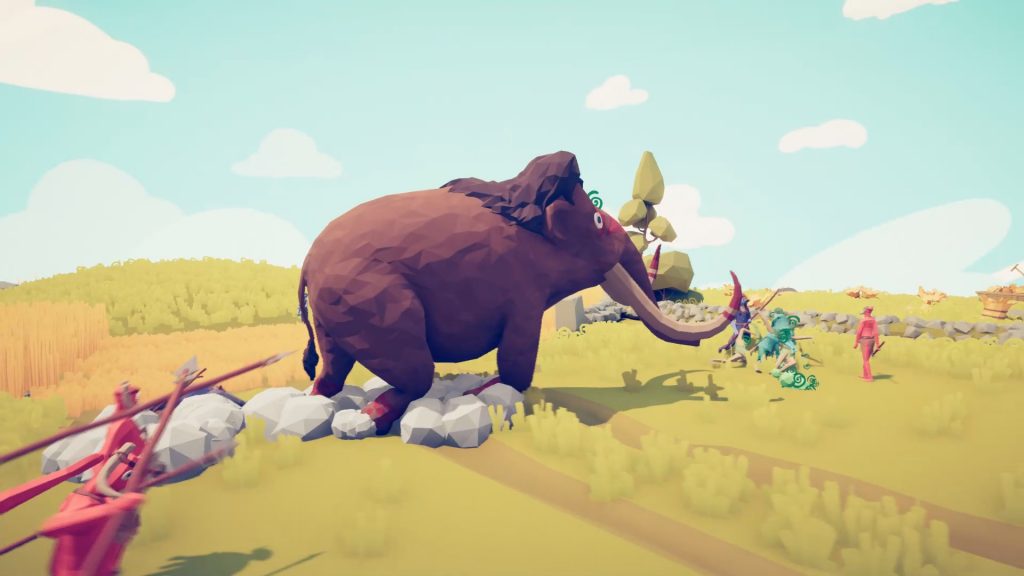 In its current form, TABS is mechanically simple. Spend your allotted points to plop down a bunch of units on the field, click Start, and watch the chaos. Each batch of units has a time period theme. There’s a half dozen or more represented in each era – resulting in wide variety. Units have an extremely basic AI, often just charging at each other blindly until one side falls down. A later update promises the ability to directly control one of the floppy balloon soldiers, but at this time, positioning and unit choice are the only tools a player can use to their advantage.

It’s a simple premise, but by no means easy. Knowing the strengths and weaknesses of each unit and smartly placing them to take advantage of the terrain becomes something of a puzzle, and later levels sometimes require unexpected solutions. The developers also employ some sneaky tricks. For example, one early level hides a horde of halflings in tall grass – making it appear that you’re up against a small number of enemies when the opposite is true. 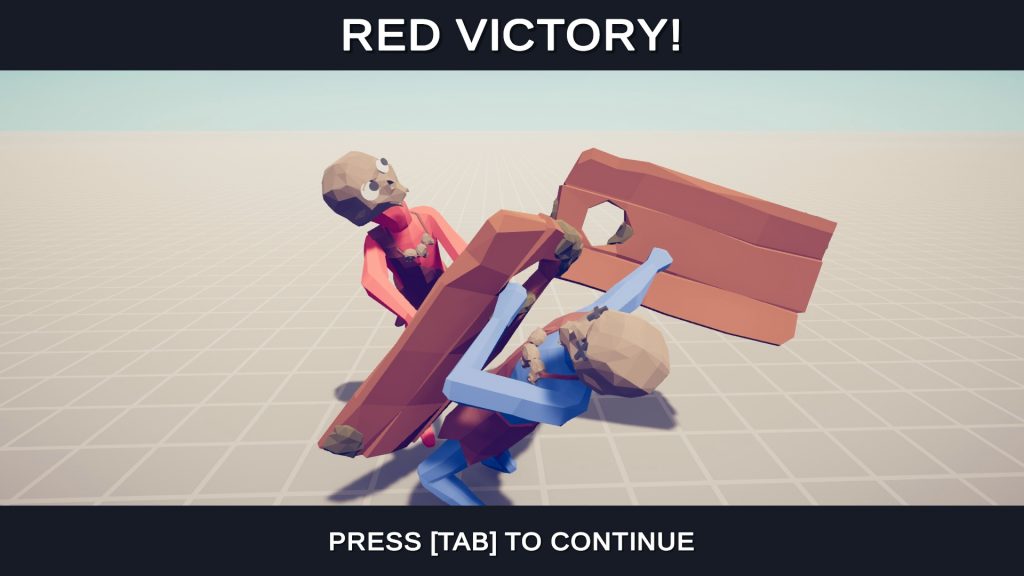 It’s like a Renaissance painting at the end of every battle.

Each victory (or defeat) in a TABS level is capped with a freeze-frame finish. This is the perfect opportunity to scour the maps for secrets, which unlock hidden units when discovered. Along with the game’s robust roadmap and skirmish mode, there’s already a lot of replay potential here – especially for an Early Access title.

Totally Accurate Battle Simulator is a great pick-up-and-play title, and it’s wonderful for a long laugh after a hard day. Although this channel doesn’t often cover Early Access, it hit all the right notes for the both of us. I look forward to its development with keen interest.