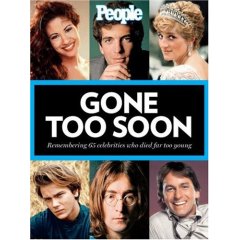 People Magazine must be kicking themselves for releasing their Gone Too Soon: Celebrity Death List (Special Death-Packed Issue)?on stands now?before they could cash in on actor Brad Renfro?s untimely death yesterday. People?s adept editors surely have known the 25-year-old star of Apt Pupil had a raging drug problem, and just jumped the gun. If only the reputable gossip mag had waited a few weeks, they could have regurgitated well-tread biographical info about Renfro (like the rest of the celebrities on their list), and pretended to care about the tragic star to the tune of three treacly paragraphs with all the other celebrities featured in the magazine.

Still, after perusing their list of 65 stars who died ?before their time? (which is a ridiculous notion considering we don?t live in a world with alternate timelines and multiple possible fates), it?s raises the questions if some celebrities die at the right time? The answer is definitely yes, whose further careers would have been full of nothing but pain and misery if they?d lived any longer. Here are the folks who benefited most from kicking it when they did. 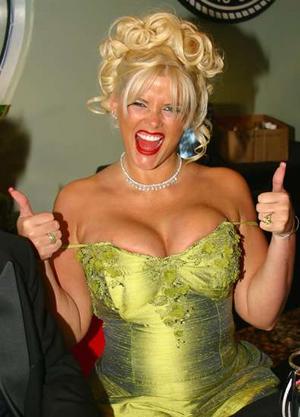 Does anybody think Anna Nicole?s life was on its way to improving when she was found dead last year? I didn?t think so. Her best years were behind her, her son just died, and she had a slew of legal problems on the way. Even if she managed to get out of that, all she had to look forward to were more drugs, more rough sex with the sycophantic men in her life, and more shame. By dying at 38, she had the benefit of not losing her looks (any more than she had), and not screwing up her new child. Well done!

Rick James, by some cruel twist of fate, missed the chance to die at the height of his fame the first time around. He can thank Dave Chappelle for a second chance at a true rock and roll exit. Dave Chappelle and Charlie Murphy took American living rooms by storm with their exaggerated re-enactments of Rick James encounters, causing a new catch phrase to be born: ?I?m Rick James, you guys!? No, you couldn?t walk across a college campus for months without someone shouting, ?You sir, Would you believe I?m Rick James?? at you. It was terrible.

But with James finally being given proper credit for his misogynistic, drug-addled, puffy-faced existence, he decided he wasn?t going to get another chance like this to go out on top and wolfed down most of the contents of his medicine cabinet: which included cocaine, methamphetamines, Hydrocodone and Flinstones Chewables (unconfirmed report). Thankfully, because it was considered ?too soon,? James? catch phrase died with him, sparing us further months of hearing it. Thanks for taking one for the team, Superfreak.

People had the gall, the audacity?the fucking cajones, if you will?to actually put a trained Orca on its list of ?65 People Gone Too Soon.? If ?People? now extends to ?Mammals,? then I think Benji earns a spot alongside Latin sensation Selena. What the fuck did Keiko have to look forward to? Hauling its decrepit carcass over some pre-pubescent boy for another movie? Being eaten by Japanese dolphin enthusiasts?

I?m pretty sure Kurt Cobain and Princess Di would throw up all over their coffins if they knew they were being eulogized alongside a fish with a flaccid dorsal fin. I?m sorry, but after three feature-length films (Free Willy, Free Willy 2: Free Harder and Free Willy 3: Cock Jokes, Ahoy!), a Michael Jackson video, immediate punch line status among late night hosts, and the mind-blowing r?sum? credit ?Occupation: Animal Actor? on Wikipedia?it was high time for Keiko to jump that wall right into the arms of Fish Jesus. 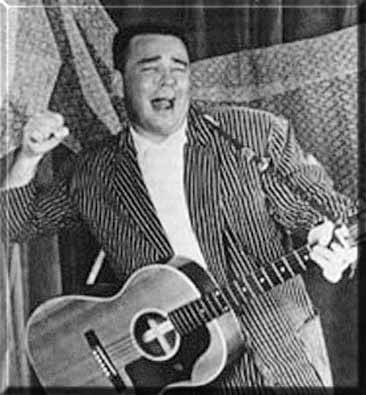 The Big Bopper?s hit was ?Chantilly Lace,? which is by all accounts a pretty good song. But it just screams one-hit wonder, as does the Bopper?s nom de plume. Sure, he might have had a long and prosperous music career if he hadn?t died in that airplane crash, but the odds are against it. Plus, this way, he got a mention in ?The Day the Music Died? by Don McLean. This is much better than ending up as the Jesus Jones of his generation.

Ray Combs was the Family Feud host of my generation?screw Richard Karn, J. Peterman and the perverted jerkoff Arnold Schwarzenegger killed in The Running Man. Nobody pointed at a wall and yelled, ?SHOW ME ?THANKSGIVING TURKEY!? like the Pat Sajak-ian, well-coifed Combs. But then ratings slipped (cue ?red X?), his wife left him (cue whammy animation), he was nearly killed in a car accident (cue ?time?s up? buzzer) and he went bankrupt (cue Price is Right ?sad trombone noise?). He was fired from the Feud knock-off ?Family Challenge? and lost his house at the height of his misery. Survey Says: I can see where this is going.

Combs hung himself in a mental hospital and was buried in an unmarked grave (yeesh) until his mentor, Johnny Carson, bought him this kick-ass tombstone:

Some guys are just born to host game shows, and when you take away all a man has and all he?s ever gonna be, sometimes the only option is taking what?s behind Door #2. Frankly, ol? Ray could have stood dying a few years earlier than he did.

No one gave a shit about John Ritter before he died; afterwards, it was like some national tragedy when Ritter?s career peaked early in Three?s Company, where he deftly thwarted both Mr. Roper and Mr. Furley from catching him in the act of banging his hot roommates. Critics still argue whether his best film role was his Oscar-worthy turn as a gay store owner in Slingblade, or as conflicted father Ben Healy in Problem Child Parts 1 & 2, but one thing?s for sure: his career was headed in a scary place at the time of his death. We all like Ritter, but clearly Eight Simple Rules For Dating My Daughter just wouldn?t have lasted much longer, had he not died. From there, Ritter would have spun headfirst into a demeaning reality-based career alongside Scott Baio and Hulk Hogan. Plus, if you have to die, it doesn?t hurt to kick off the very same day as Johnny Cash. That?s instant cool cred with hipsters.

Every time your head feels a little better because you?ve released captive alien souls from your brain into the atmosphere, you have L. Ron Hubbard to thank: he was our nation?s greatest figure. Hubbard alone realized we could have the Bridge to Total Freedom through Dianetics, and rid our bodies of the engrams which hinder our success. Contrary to popular belief, he did not create Scientology on a bet with friends, ruin anyone?s life by conning them out of millions, or become a pill-popping, megalomaniacal child abuser (Scientology frowns on modern medicine) who overdosed on anxiety meds amidst legal troubles. He also did not cause the pupils of a one-time American actor sweetheart?the star of Top Gun?to wildly dilate as he spouted some of the craziest shit ever uttered.

If Hubbard had gotten too much older, Scientology might never have taken off; adult diapers does not a religious figure make. Or worse, he could have made another, goofier religion in his dotage which no one could have possibly taken seriously (although that may not have been possible). Dying when he did, he now has a cult of Hollywood elite who believes he now ?lives on a planet a galaxy away.? Hail Xenu indeed.

Nick Arcade was the best worst game show ever devised, appropriately airing at 3 and 3:30 a.m. each morning. A show about video games sounds awesome, but Nick Arcade turns out to be a 16-bit train wreck of a show, with host Phil Moore as its bat-shit insane conductor. Nick Arcade burned brightly, like the biggest stars often do, for one gloriously terrible year before leaving the airwaves while it was on top. And by top, I mean bottom.

During each episode, Moore appears to have been pulled off the street 15 minutes prior to taping, given a Carlton Banks haircut, thrown into a Hawaiian t-shirt and ordered to ?host show good.? As a bonus, Phil?s signature move was adlibbing goofy lyrics to the show?s dorky theme song, which played every time kids made their way back to their podiums (which was a lot). Clearly, no one at Nickelodeon Studios ever sat Phil down and gently described how soul-destroying this quirky habit of his was to viewers at home.

Each show, the weird little man stumbled through torturous, alliteration riddled dialogue from the teleprompter, and easily s-s-s-stutters through 90% of it (?Navigate our virtuous video adventurer, Mikey, across Pop Quizzes, Pitfalls, Puzzles and Prizes? he spits out each half-hour with the skill of a retarded ape).

You get the sense Phil Moore wronged someone in life, and he?s been forced to host this maddening show with no one telling him what he?s done to deserve such a punishment?it?s like a kiddie version of Old Boy. At any rate, his life clearly wasn?t going to get any better, and it likely took him out of his misery. [Ed’s note: Phil Moore’s death could not be confirmed at press time.] 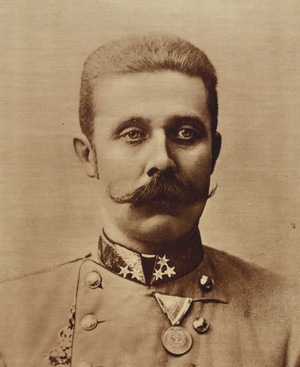 In 1914, America?s prayers were finally answered. The U.S. had not been involved in an old-fashioned fracas since the too-short Spanish-American War of 1898 (a war described as ?G-A-Y,? by Commodore George Dewey). But when Archiduke Franz Ferdinand was assassinated, the entirety of Europe exploded in war. Looking back, Archduke Ferdinand?s ?powder keg? assassination was a gimme, considering he?d just offended ?The Black Hand? in Bosnia, and its leader Oroko Saki, AKA ?The Shredder.? And America began it’s favorite 20th century hobby of beating up the Krauts.

Frankly, there is nothing Franz could have possibly done in 20 long lifetimes that would be cooler than being the official cause of the first World War. If he hadn’t been offed, no one would remember who the hell he is. Now his name is in every history textbook in the world, and most European children know his name, and perhaps 8% of American high school students!

The Doors were reasonably talented musicians, but Jim Morrison fucking sucked. He was an egotistical asshole, a terrible poet, and immensely untalented as well; he thought he was deep, prancing about the stage and saying naughty things to be provocative, but basically he just made up poetry that most of us knew was bad when we wrote it in 8th grade. At the end of his life, he got extremely fat, Elvis-style, and moved to Paris, where he thankfully died in a bathtub shortly thereafter. He should consider himself pretty goddamn lucky, too?by getting out of America and dying quickly, out-of-sight, virtually no one remembers him as an untalented fat-ass, but instead as some young “talent” gone-too-soon, along with his infinitely more talented dead counterparts like Jimi Hendrix and Janis Joplin. Morrison’s only talent was being with a band that recorded some pretty good songs.