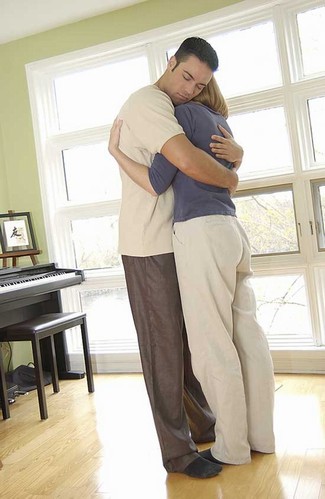 So you want to have a boner.

That?s cool. Everyone enjoys a good erection now and then. And happily, if you?re having a few problems getting your little buddy to rise to action, there?s an enormous industry waiting to stroke you back to life, metaphorically speaking. Erectile Dysfunction?more commonly known as E.D., since reminding would-be patients that their penis doesn?t work makes them cry?is big business. There are many pills and devices available to help ?ship? your package?but there are plenty of dangers, too. Before you medicate, educate yourself about these potential troubles.

Oddly, virtually all E.D. pills can fuck with your eyesight; apparently, the blood that goes to your member comes directly from the eyeballs. At its least, you lose your ability to differentiate between blue and green. Best level is only seeing blue. Then comes blurry vision, and finally lack of vision. Oh, and all of this can happen in one or both eyes. Blindness is obvious a problem, but if you think seeing blue isn?t depends entirely on your sexual attraction to Smurfs, we suppose.

So you and your lady (or underage boy, or favorite pet?we at Topless Robot don?t judge?are ready for a night of romance. You pop a Prosed pill?then erupt in itchy red spots. Some people are allergic to Prosed, resulting in, according to its site: ?rash; hives; itching; difficulty breathing; tightness in the chest; swelling of the mouth, face, lips, or tongue.? No amount of Marvin Gaye music is going to fix that.

Well before pills, the old ?penis-pump? (yep, like from Austin Powers) was the common embarrassing way to get ready for luvin?. Some folks still use them to combat E.D., despite the following danger: If you pump too hard and/or for too long, you run the risk of actually bruising your penis?or tearing it. It?s happened. You put your willy in a vacuum, and something?s got to give eventually, and while the laws of psychics are strong, your soft, spongy genitals are not.

Admittedly, death is not a common side effect of most E.D. remedies. You have to have a bum heart, or heart disease, and/or be taking nitrates, and then maybe there?s a chance popping a pill or otherwise unnaturally forcing an erection could be too much for your ticker. But better to die trying to get laid than eating the Baconator at Wendy?s.

Priapism is when you have an erection lasting more than four hours, and is a potential side effect of all E.D. pills, the one they always say to ?seek medical attention? for in the commercials. I prepared to rank priapism pretty low, as I seem to recall having an erection my entire sophomore year of high school without any major complications. But then I researched it, and found that priapism can lead to blood clots in the penis, which can occasionally get infected with gangrene, which necessitates TOTAL PENIS REMOVAL. So yeah, priapism is a strong #2.

1) Broken Needle in the Penis

The only thing worse than losing your dick altogether is having a small sliver of metal stuck in it. Alprostadil is an E.D. medication which, despite needing to be injected ? with a goddamn needle into the side of the penis?somehow exists (you can also choose a pill form, which you have to insert into your peehole. Yay!). Those insane enough to use Alprostadil have to be careful, as the injection device has a very thin needle?WHICH CAN BREAK OFF IN YOUR DICK. They suggest calling your doctor whether you can pull the broken shaft of metal out or not. We suggest calling your doctor if you ever, ever think injecting your penis with anything is a good idea.