And I and several thousand gay men are extremely happy. 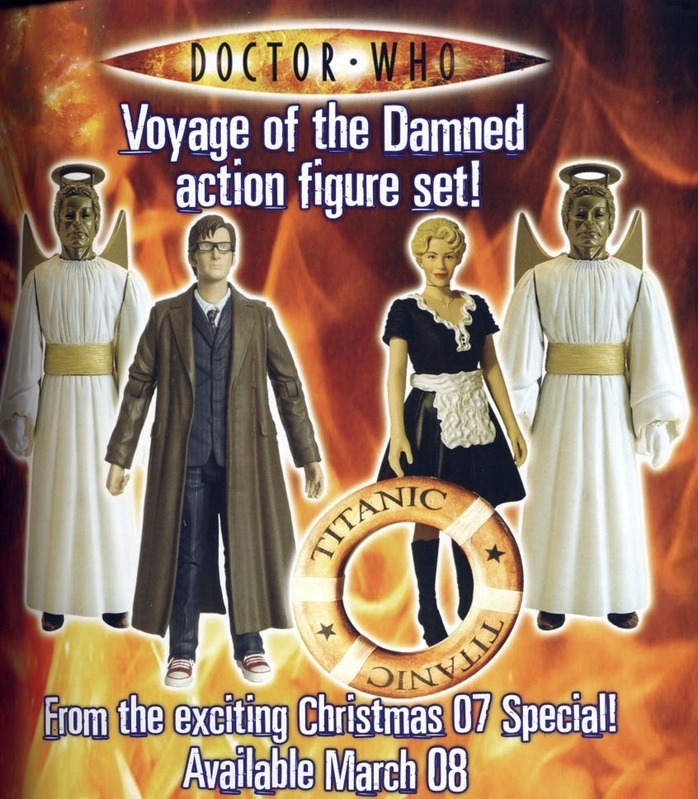 The figures, made by the U.K.’s Underground Toys, are from the recent Voyage of the Damned Doctor Who Christmas Special, and (obviously) include the Doctor, two Hosts (killer robots who look like angels, natch) and Kylie as Titanic waitress Astrid Peth (the original boat, not some spaceship).

The toys are due in March in the U.K. and god only knows if/when they’ll make it to the States. (Via Toymania)