So there’s a new Spider-man cartoon hitting on March 1st, and of course, Hasbro has made toys. Here’s the first wave: 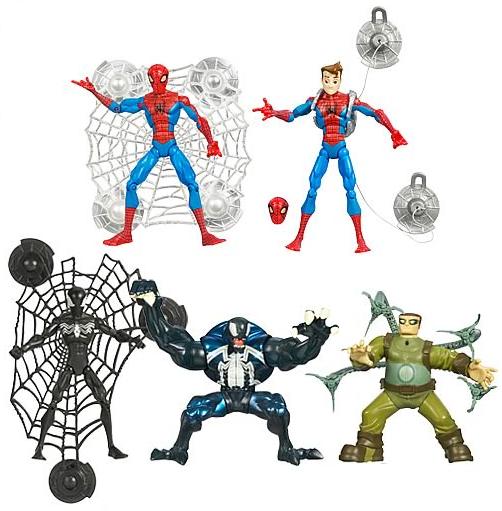 Enh. Call me when they make a Spider-man toy with vampire-face-eating action.