So a buddy of mine of sent me an email last night, exclaiming that the Hulk?star of the upcoming Hulk 2, with co-star Ed Norton?had been revealed via a toy protoype in an eBay auction. I got really excited. I clicked over the eBay auction as fast as I could, where I found this: 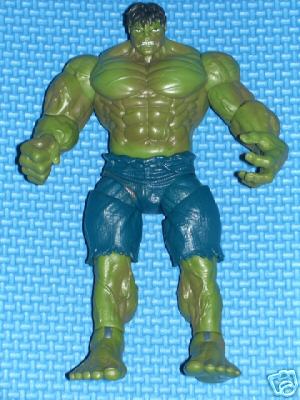 And I laughed. Because Ed Norton’s Hulk from the second movie looks like the goddamn Hulk from the first movie, which looks like every Hulk ever. Big, green, wearing shorts. Not exactly a massive surprise. I am an idiot.

Incidentally, most experts believe that if/when Hasbro makes a toy of Norton’s Bruce Banner, it’ll look something like this: 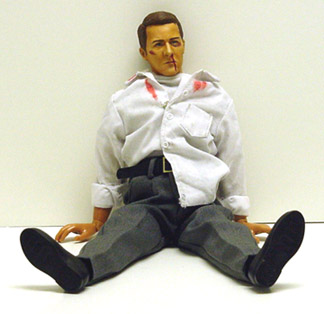