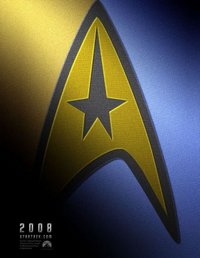 Now that semi-acclaimed and reasonably competent director/producer J.J. Abrams has taken over the Star Trek movie franchise, most people have forgotten than 65% of all Star Trek media are utterly terrible, and thus are beginning to be excited about the franchise again. There three news items that should delight these people:

? The Star Trek movie teaser trailer, about 99% certain to be attached to Abram’s Cloverfield movie opening Friday, has been described. It’s not a bad idea, but you won’t exactly be crapping your pants.

? Deep Space 9 comics could happen before the end of the year, says Star Trek comic publisher IDW. Voyager comics are plausible but less likely, and Enterprise is not likely at all. If you ever see someone buying a Deep Space 9 comic book, I believe you are legally obligated to point and laugh at them.