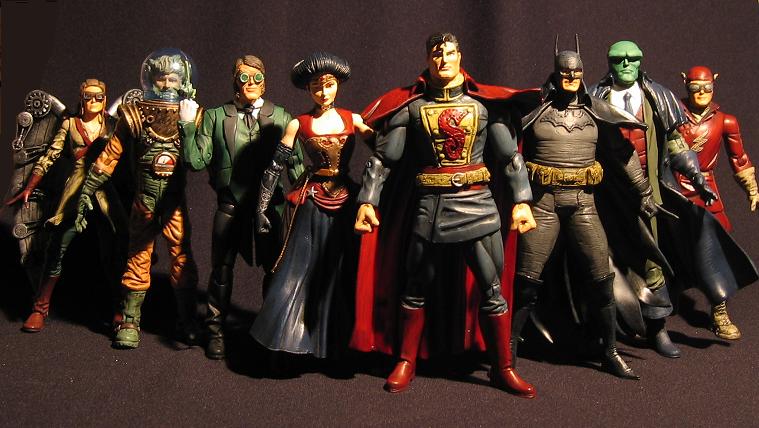 Have you read the excellent Batman Elseworlds graphic novel Gotham By Gaslight? The one about Batman fighting Jack the Ripper in the 1880s, done by Mike Mignola and Brian Augustyn? No? Doesn’t matter.

After DC Direct popped out a GbG Batman figure, toy customizer Sillof decided to make a whole Victorian-era Justice League; you can check out full pics of each figure on his site. Disclaimer: DC Direct did make a semi-Victorian Wonder Woman figure as part of its Elseworlds line as well, but Sillof had the decency to put an ankle-length dress on the slut. (Via Boing-boing)