Long ago, Japan made a cheap-o video game named Oneechanbara, which was inordinately successful as it was all about a girl in a bikini top and cowboy hat killing zombies with a samurai sword. There have been quite a few game sequels and merchandise of the main character Aya (as well as her equally sexy and improbably dressed co-stars), but now the game has truly tasted success, as it is becoming an (equally cheap-o) movie. 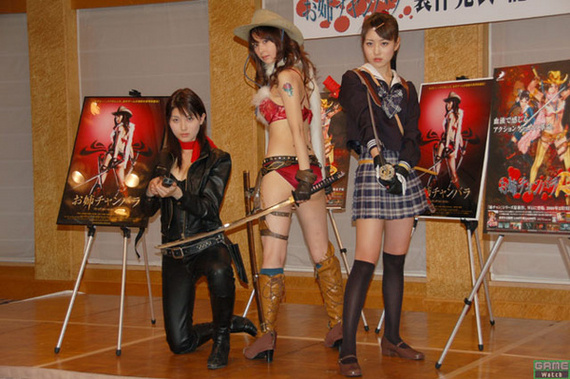 That’s the Japanese stars of the film above, which opens in April; the website, which contains nothing but a rather nifty behind, is here. Coincidentally, Yamato Toys USA sent me a pic of their newest Aya figure, covered in blood. It sums up the game and movie’s appeal rather succinctly, I believe. The figure’s only available through Yamato’s online store until the end of February, so if you want it, get it here. 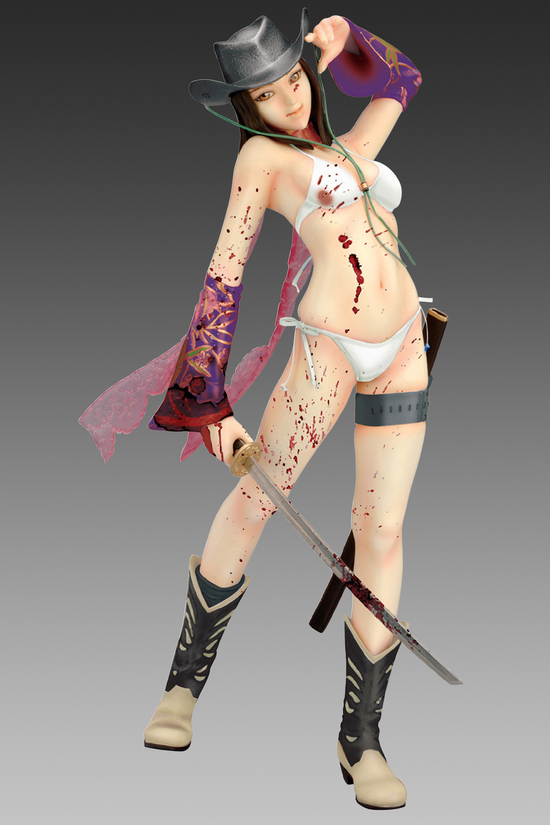