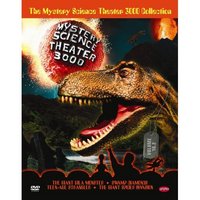 ? Cowboy Bebop Remix Anime Legends Set
Finally! The box set of the remastered, stereo mix. And for only $40, it’s a hell of a deal.

? Devil May Cry Vol. 1
Looks like this thing came out anyways, but I don’t know if that means any thing good for ADV, as the title has still been removed from their website. More likely these discs were pressed and shipped to retailers before the badness went down.

Also, I’m not mentioning Perfect Strangers because I’m a fan, but I figure if you want to buy a DVD of the show, you’re obviously some huge nerd, which means it should be mentioned. So there. Please believe me.