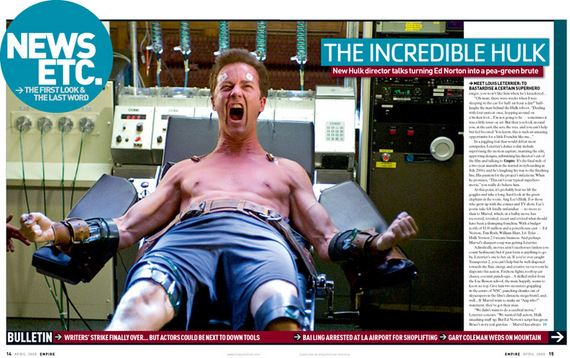 In fact, he’s totally freaking me out. He’s very pink and his neck is all fucked up. I guess what I’m saying is if this weren’t a new pic from The Incredible Hulk movie from Empire magazine, I’d stay the hell away from Edward Norton.