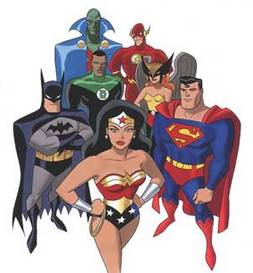 Ha ha! I’m just kidding! Because the movie is doomed.

Variety says Warner Bros. has indeed put the flick back on schedule for 2009, but now the script for the movie still sucks, according to Warner themselves, and they’ve got some script monkeys desperately polishing the turd in hopes that a miracle happens before filming starts. Given that one of the Justice League’s greatest enemies is a giant starfish (named Starro, I might add), I’m truly intrigued by how bad this could possibly be.