I have about a bajillion Star Wars toy pics to show (and several bajillion Hasbro pics overall), but I wanted to give special attention to this lovely lady: 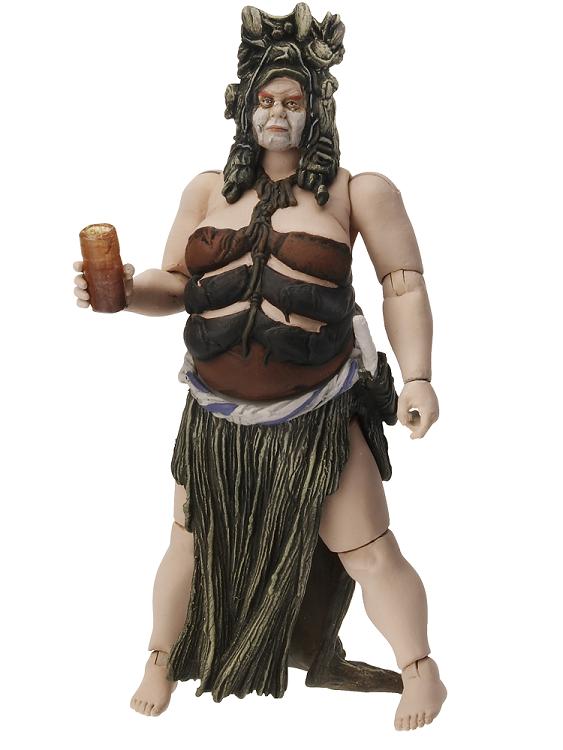 With this figure of the six-breasted Yarna d’al’ Gargan, from Jabba’s palace in Return of the Jedi, I believe Hasbro has finally made every character in the original Star Wars trilogy that had a frame of screen time. I never thought this figure would be made (for six obvious reasons), but here it is. I’d like to point out my boss thought Yarna d’al’ Gargan was an old gay man, despite the three racks on her body. You don’t know my boss, but I wanted to take a moment to mock him in a public forum.