Used to be that Japanese company Koto (a.k.a Kotobukiya) only used to make Final Fantasy statues and a few other assorted anime people. Nowadays, they somehow have the rights to make statues to:

? Star Wars
? Halo 3
? Indiana Jones
? All the Marvel movies, including Iron Man and The Incredible Hulk
? The Dark Knight movie

There’s other stuff, but that’s an insane group of licenses. Who the hell did they have to threaten/kill to get that assortment? I mean, other than Transformers, they make product for the geekiest, most popular properties in America. Seriously?I can only imagine that they’ve acquired this portfolio by slipping elite ninjas into Warner Bros. Japan, Microsoft Japan and the rest’s headquarters to tell the execs to sign these contracts or get blowfish poison in the eye.

Happily, Koto has an incredible set of sculptors,which makes it okay. For instance, while I don’t want a vinyl statue of an old man in my home, you have to admit this looks exactly like Indiana Jones’ old man. 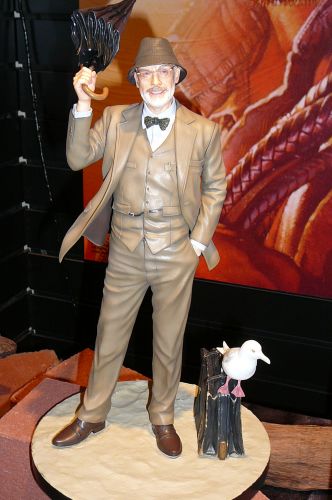 And besides their long-running Star Wars ArtFX line (which, for my money, contains the most bad-ass, dynamic SW statues on the market), Koto is starting to do these vehicle sets, which come in layers to reveal the ships’ insides. The detail is pretty staggering. 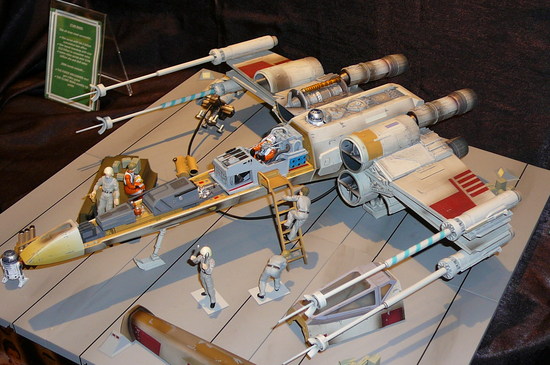 Finally, while Koto couldn’t show off any Batman, Iron Man or Hulk statues, they did have a Spidey and Venom set. 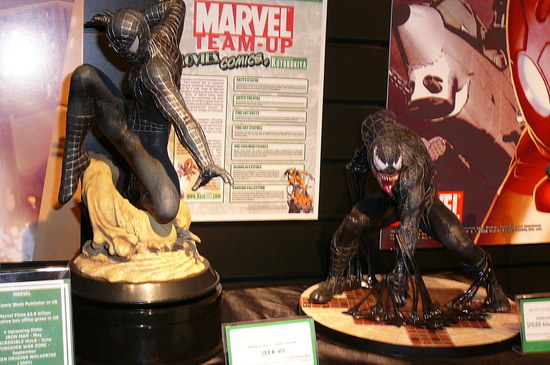