I have a very tragic medical condition which forces me to buy anything with Final Fantasy VII on it. It?s quite pathetic; I own FFVII stationary, incredibly lame computer print-out labels from like 1998, and every single FFVII toys and statue made. So I was very excited to see wave 2 of Square?s FFVII Play Arts, including spunky ninja Yuffie? 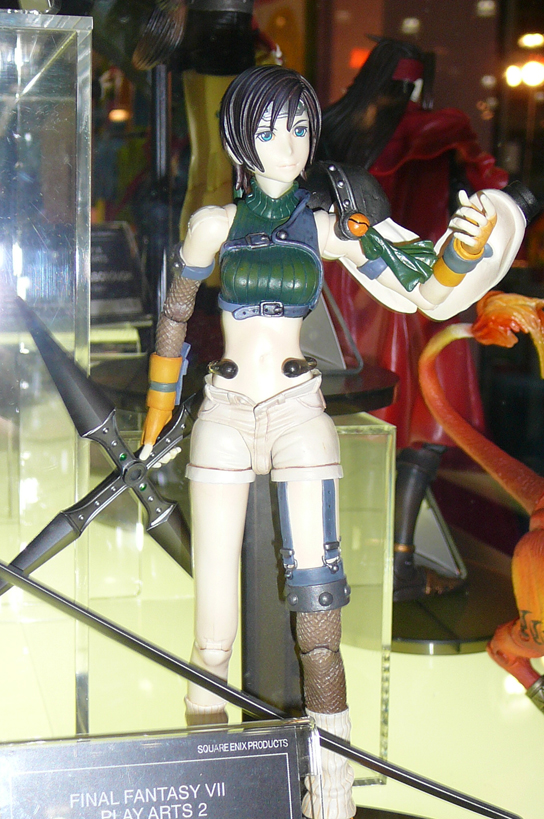 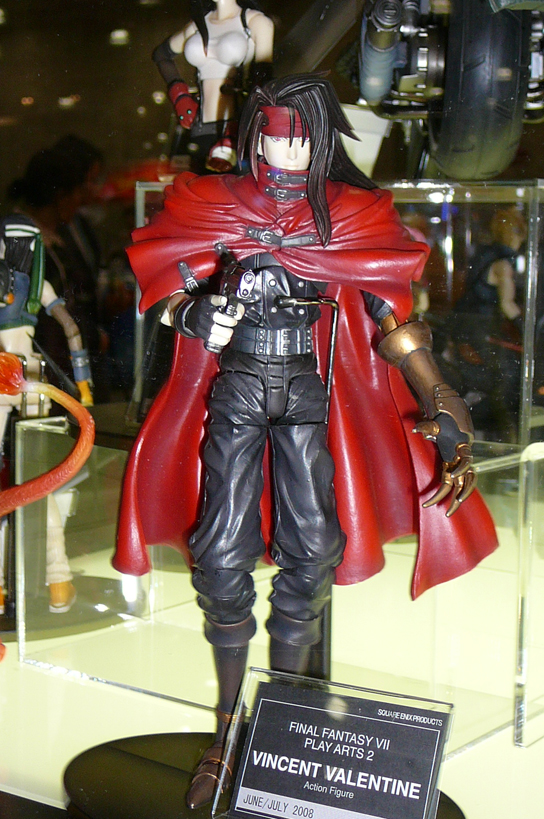 The first figure of talking dog-wolf Red XIII since the old Bandai figures of ?97 (note he comes with that lying robot-cat-sack of shit Cait Sith)?

And Sephiroth, which I was hoping not to buy since I have the Advent Children Sephiroth, and they?re dressed the same, but ol? Sephy has a game-accurate face and I?m powerless to resist. 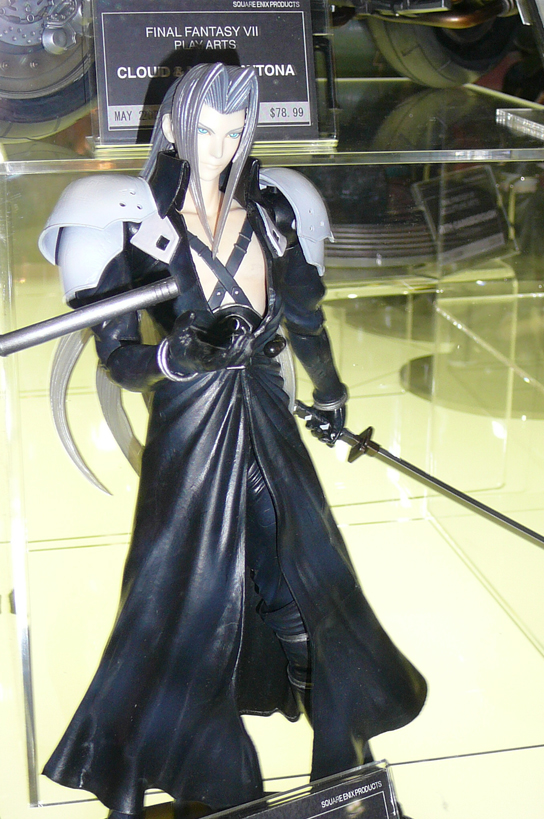 Here?s what pisses me off, tho?. I have FFVII statues, the old Bandai figures, various gashapon, of all these guys (as well as Cloud, Tifa and Aerith from the first wave) but I have NEVER been able to get all the playable characters from FFVII because THEY NEVER MAKE BARRET OR CID. I understand Barret?s not super-popular, but Cid! C?mon! He?s chain-smoking, woman-hating, profanity-spewing pilot who chucks dynamite at bad guys! PLEASE SQUARE ENIX, PLEASE LET ME COMPLETE AN FFVII COLLECTION, JUST ONCE.