Well, not so much The Dark Knight as the Joker figures, which serve as a grim reminder that Heath Ledger is quite dead. This is likely why Mattel chose not to add any Joker figures to its electronic press kit, although they did have him on display. 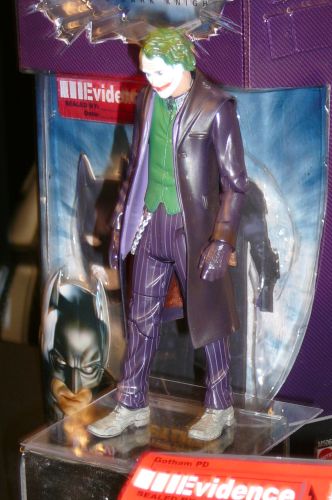 Oddly, there were no pictures of Aaron Eckhart as Two-Face anywhere, which I guess means director Chris Nolan is trying to save for the flick. But there were figures of a “movie-style” Deathstroke and Firefly for god knows what reason. Deathstroke appears to be wearing a sensible American Apparel long-sleeved t-shirt: 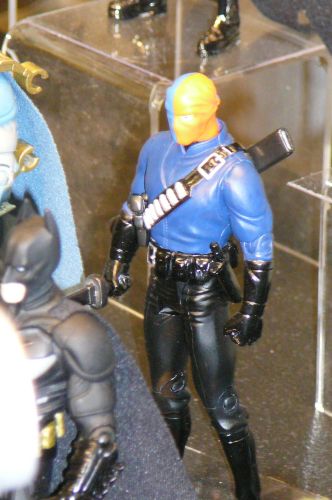 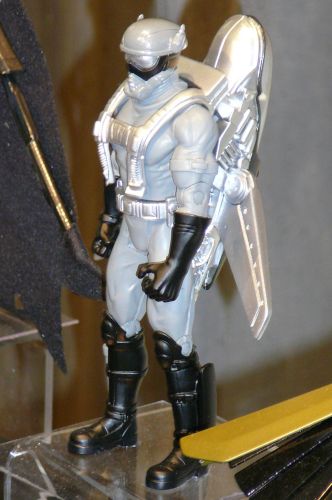 Also, you may be shocked to discover that Mattel is making an absolute shit-ton of Batman figures with incredibly large, bizarre accessories. 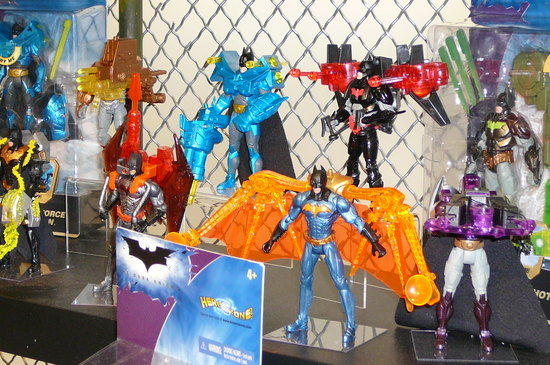