In all the goofy themes, various states of undress and the absolutely insane amount of Rei and Asuka figures made since the Evangelion anime debuted in 1995, no one has ever thought of just making children’s dolls of the two characters. Until now. 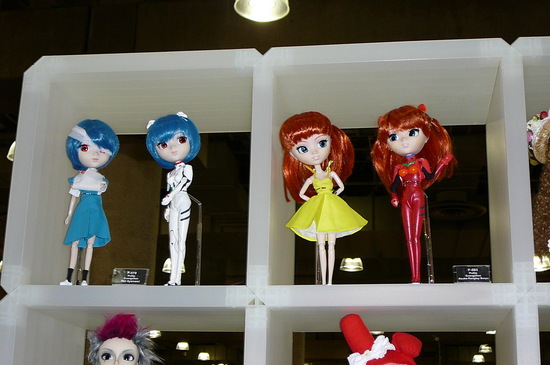 Give thanks to Jun Planning, who are adding the two screwed-up lovelies to its popular Pullip doll line in 1998. I love the idea of some anime fan buying these for his or her daughter, and eventually having to explain that Rei was grown in a vat and died several times, and Asuka actually saw her mother commit suicide when she was four…and holding her own pretty dolly.