Say you were at Wondercon this past weekend and saw this: 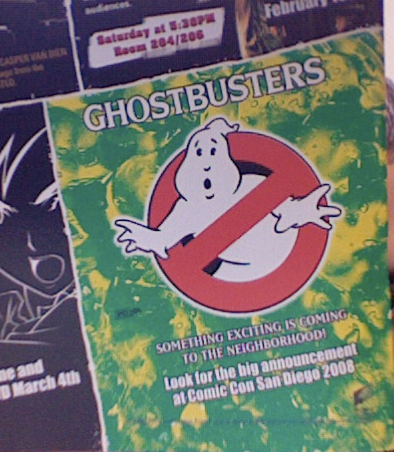 At any rate, Slashfilm.com took the pic above, which is causing internet madness even as I type. Frankly, I think a new Ghostbusters film?even a CG one?could afford a better marketing plan than a nondescript poster, and this likely refers to new merchandise, a new comic, or the video game.