So you’re a bibliophile in a tiny London apartment. You have hundreds of books and nowhere to showcase them. What do you do? 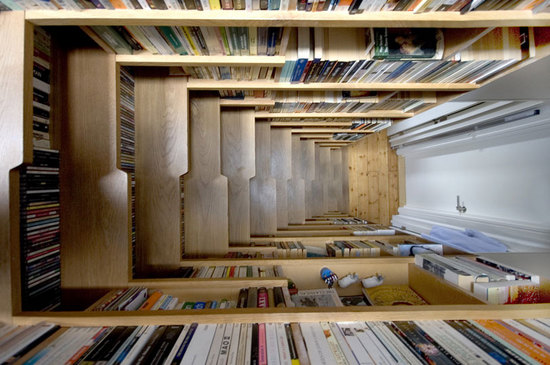 If you’re this nerd, you hire Levitate Architects to transform the stairs to the bedroom loft into this awesome set of bookshelves, saving space, and most importantly, looking awesome. I have plenty of room for bookshelves in my home, but I’m jealous as hell. More details and pics over at Gizmodo.