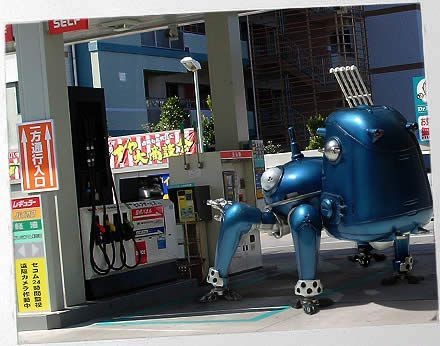 No wonder the future of Masamune Shirow’s Ghost in the Shell is so screwed up. You mean we can download people’s brains onto the internet and give them totally cybernetic bodies, but the Tachikomas still run on gas? Madness. (Via Danny Choo)