Menu
Home
>
Nerdery
>
She’s No Good to Me Dead

Let’s get back on target wit a post that represents the best of what Topless Robot covers: fan-made Star Wars trinkets with a hint of mean-spiritedness. Hence awesome Barbie in Carbonite, frozen with a grinning rictus of terror on her face; made and for sale by Etsy artist Stray. 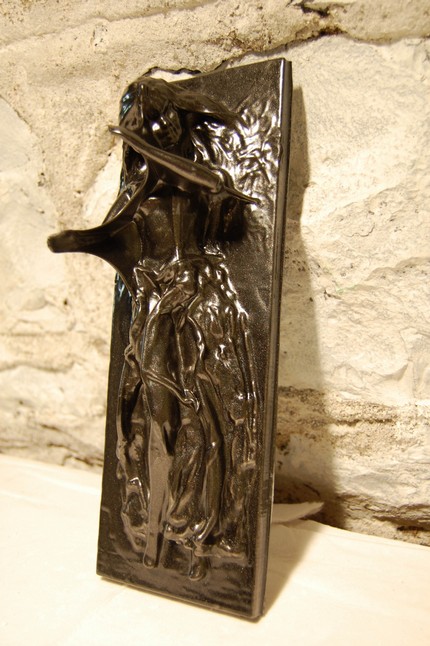 Actually, faithful reader Gia sent me a link to a site which links a ton of great Star Wars-inspired art and trinkets (investigative journalism!); if you’re looking for an Obi-wan Kenobi Sock Puppet or Battle Droid earrings, I suggest you head here postie-hastey.