Last year, ol’ Steven Spielberg announced a partnership with Electronic Arts that would let the acclaimed director produce video games. He stated he wanted to bring the emotional experience of his films into a video game, but first he wanted to knock out a little action-puzzle game, just announced as Boom Blox. Check this screen: 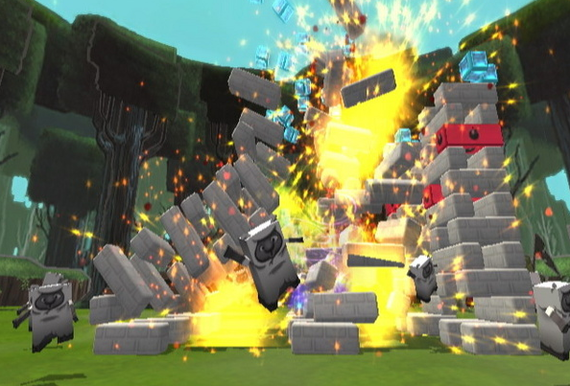 Apparently, the game is to make the blocks explode, to the terror of the cubic critters below, who run around, looking for shelter and praying to their square god for mercy. Think I’m reading too much into the screen? Here’s a character shot: 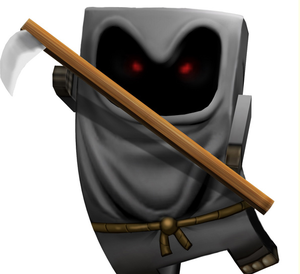 And here’s a very sad monkey, knowing that his death in imminent, and will be brutal: 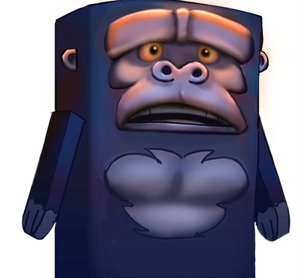 Did some kind of cube-shaped animal kill Spielberg’s dad or something? There are more screens on Kotaku, here.