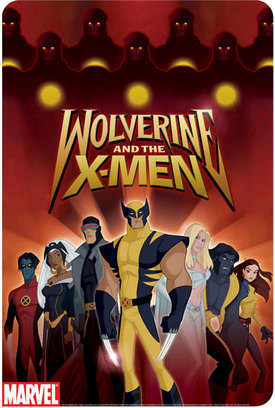 So I wanted to post the new trailer for the upcoming Wolverine and the X-Men cartoon, but hilariously, it’s been taken down everywhere because it illegally used a Foo Fighters song, which should tell you virtually everything you need to know. I can still point you to someplace that has the trailer (for now), but if you’d just prefer me tell you about it, I can do that too:

? It looks a hell of a lot like X-Men: Evolution, but with different costumes
? It’s in a world where Professor X and Jean Grey have blown up (not so smart now, are you?)
? Cyclops clearly becomes an alcoholic, which is funny
? Rogue is bad
? Kitty Pryde seems to be in the cast, as does Emma Frost (saucy!)
? Quicksilver says the word “Ain’t” at some point
? Wolverine takes on the role of reforming and leading the X-Men, thus ignoring his characterization for the last 30 years