Menu
Home
>
Toys
>
Tofu Robots Will Terminate All But the Vegetarians 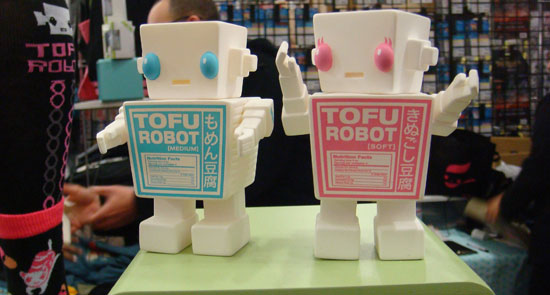 Spicy Brown’s T-shirt line has become these awesome vinyl toys of adorable Tofu Robots of varying firmness, for only $20 a pop (order ’em here). Think they hate humans more because they eat meat or because they are meat? (Via GeekSugar)