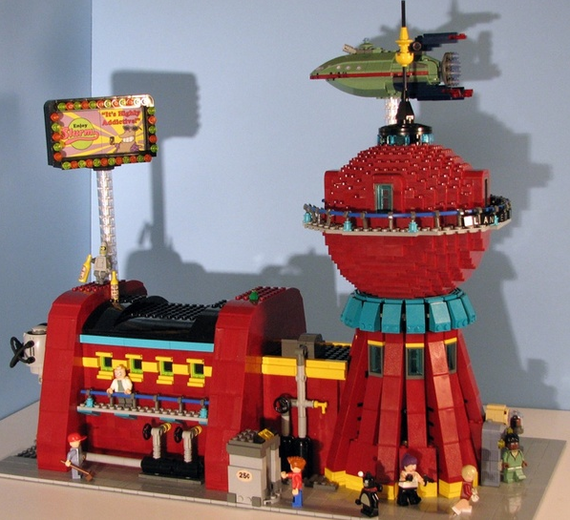 I mean that in the good way, of course?I got ass whiplash after falling off my chair at seeing this lovingly crafted Planet Express building and ship, made by Pepa Quin and seen on Gizmodo. There’s plenty more pics over there, including of all of the hand-made characters?even Scruffy! Hey, you Danes?can’t you find a way to slip this in your generic space series? Or even the Star Wars line? I won’t tell!