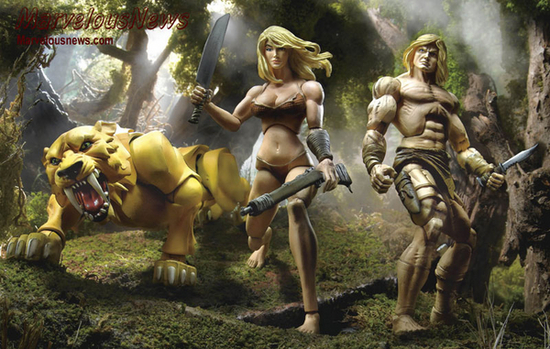 Marvelous News has the first pic (that I’m aware of) of the exclusive San Diego Comic Con three-pack of Hasbro’s Marvel Legends’ Shanna the She-Devil, Kazar, and Sabu the tiger. Shanna?although photographed in a very unflattering pose/angle?looks pretty well sculpted, with a frankly disturbing amount of realism about the stomach and thighs, despite Marvel Legends’ historically terrible female figures. It’s for the best, though, since Kazar and Sabu are more or less just accessories.