Do you recall the painting some talented nerd recently did of Da Vinci’s The Last Supper, as attended by the Skywalker family and their assorted Star Wars friends and colleagues? Looks like this? 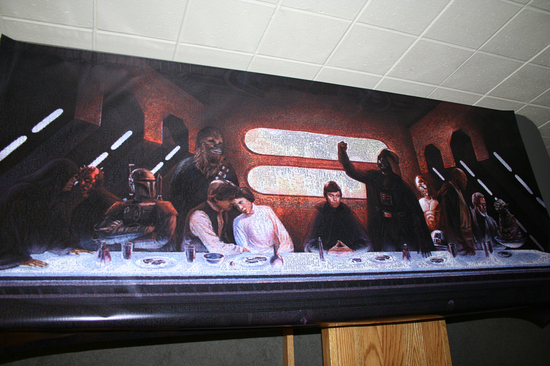 Yeah. Pretty awesome, right? Well, the painter’s roommate apparently got tired of the nerd adulation being heaped on his buddy, and decided to create the whole damn painting in a photo-mosaic. That’s actually it above. Seriously?take a closer look: 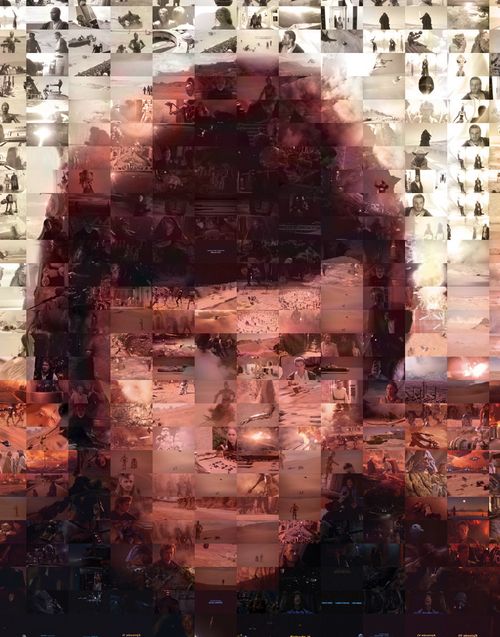 Madness and awesomeness. You check check out the guy’s site to see more pics and hear how he did it (he used 69,000 frames from all six films, incidentally), and contact him about buying a print, at least until Lucas squashes him like a bug.