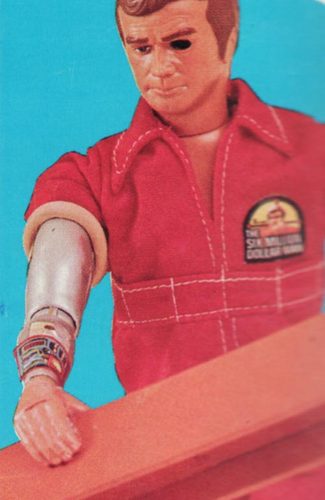 These stupid kids today, with their long hair, rock music, cellphones and Tamagotchis! Back in the ’70s, kids were routinely given small hunks of plastic to play with, and they liked it. Despite voice chips, decent sculpting and transforming robots being a decade away, toy makers in the seventies managed to come up with a few awesome ideas, even if they were made in a real ?low tech? kind of way. Topless Robot is happy to celebrate the 10 greatest toy inventions of the ’70s…even if we’re more happy about how awesome toys are nowadays.

During the heydey of the Six Million Dollar Man, Kenner could have stuck a Lee Majors head on a 12-inch body and kids would have still screamed for this doll. Instead, Kenner threw in every bell and whistle they could for the ultimate in ’70s toy awesomeness. While details like the bionic eye and power-lifting feature were nifty, the piece de resistance was the fold back skin with removable bionic panels. In 1975, kids had never seen anything of its ilk and we were mesmerized with it. 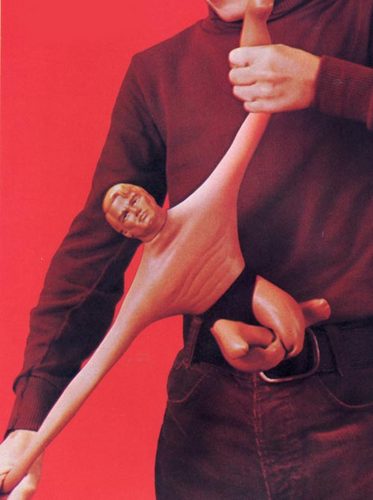 Whoever thought to fill a bag of silicone with corn syrup and call it an action figure deserves acclaim; Stretch Armstrong was that toy, which let kids pull and pull his limbs, ostensibly to extend his limbs, but mostly to see if he could actually be torn apart. Most kids let the mystery of ?what?s inside? get the better of them, meaning parents would likely have to replace Stretch and rent a steam cleaner to get that corn syrup out of the rec room carpet. (Sorry, mom!) 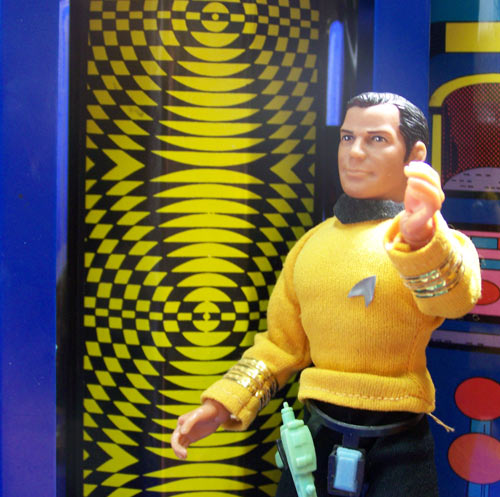 Making a toy that gave kids the sensation of beaming down was a tall order in 1975, but Mego, one of the more innovative companies of the day rose to the challenge. Utilizing the old magicians trick of slipping out the back door gave kids the illusion that ?Mr. Spock Disappears?. There have been other, flashier, transporter toys since this playset, but none quite as wonderfully satisfying as this original attempt. 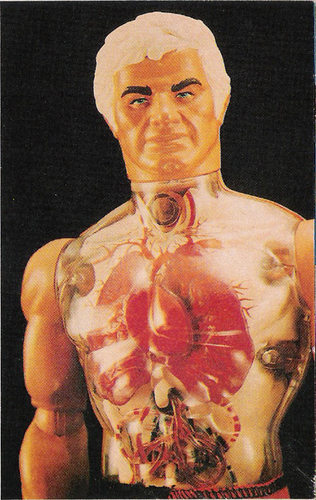 In order to catch some Bionic Man fever, Mattel created Pulsar, the Organic Man. No one is sure what his powers were, but Pulsar had himself a transparent chest. Not just a beefier Slim Goodbody, Pulsar?s heart would beat and blood pump through his veins when you pressed a button on his back. An action figure that was both cool and could gross out your sister? Pure ’70s toy gold, baby. 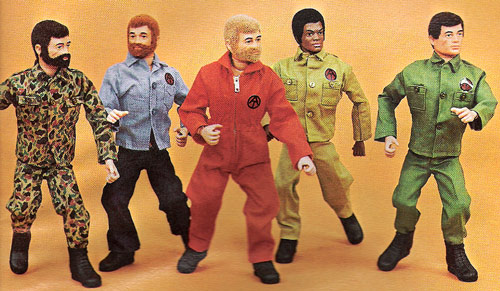 Before the legendary kung fu grip, G.I. Joe?s hands looked like he was appraising jewelry while enjoying a manwich. Other companies had done gripping hands but none with the marketing buzz that Hasbro created when KFG came on the scene; now Joe could not only deliver a punishing blow to the enemies of America, but hold weapons, a not-unimportant for a solider to have, as it turns out. The only drawback was that it made your older Joes totally worthless by comparison. 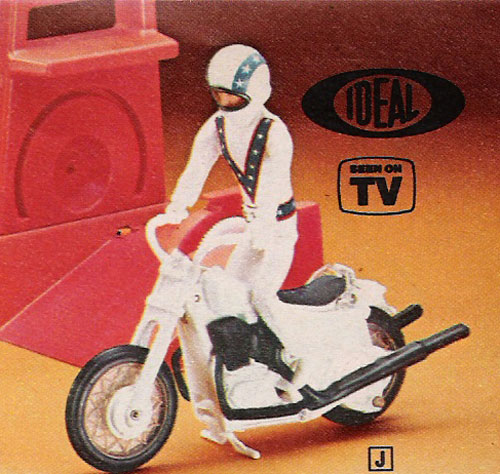 Ideal Toys had a windfall with this amazing concept. Sure, the Evel action figure was just a glorified bendy, but it didn?t matter when you revved up that engine and watched Evel do any stunt you wished?jumps, flips, running into the living room wall at top speed?and remain intact, if rubbery. As a bonus, it kept kids from trying to perform the same stunts themselves, not only fun, it saved lives. 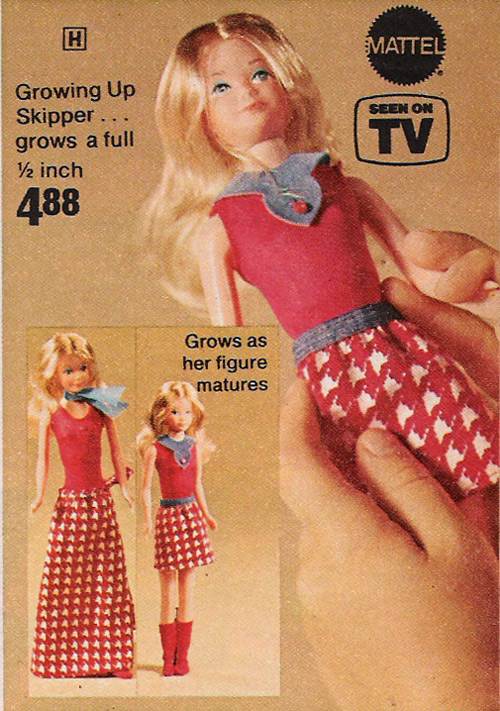 With one click of Barbie?s sister?s arm, she could grow taller and start to fill out. Let us repeat?her boobs got bigger. On purpose. The most awesome toy action feature ever? Very, very possibly. ?Puberty in a click? gave thousands of kids many inappropriate thoughts, and probably Ken as well. 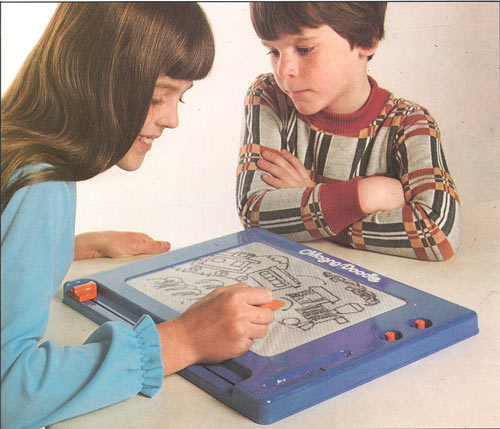 By expanding on the ?Etch a Sketch? concept, Mego designers created one of the most simple and addictive toys imaginable. Magna Doodle is a pad that never runs out of paper, and it?s still saving my sanity on long car rides. 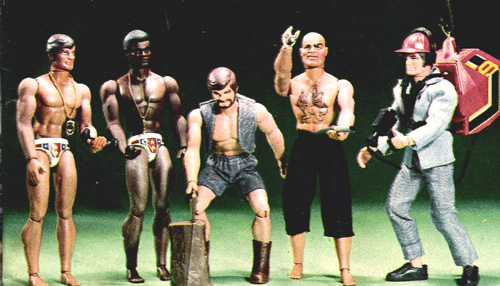 Mattel took a gambit naming a figure ?Big Jim? even though he was a good deal shorter than rival G.I. Joe. Their solution was to make Jim manlier, not only did he have Karate chop action but he could flex his muscles! To prove it Mattel added an armband that popped off when Jim decided it was time for a visit to the gun show. 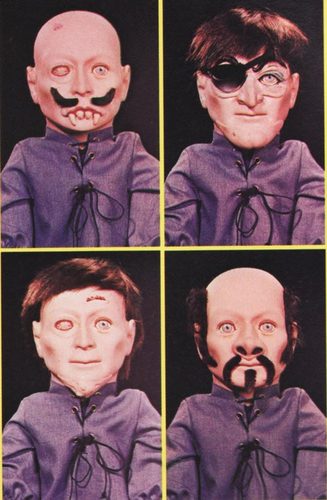 Created by film maker Alan Ormsby (“Children Shouldn’t Play With Dead Things”) Hugo was a tiny, slightly creepier version of Lon Chaney, which kids could transform with make up appliances, wigs and props. It was like you were Verne Troyer?s make-up man! One can only wonder how many special effects careers began when a child opened a Hugo doll.