All right, toy nerds, I want you to sit down. Because although this rumor is very exciting, it is still just a rumor. See, Hasbro’s running one of its fan contests where we nerds get to pick 10 25th Anniversary figures of our choice out of a possible 62?check it out here. Very nice, very good. But see choice #58? The figure called “Specialist Trakker”? 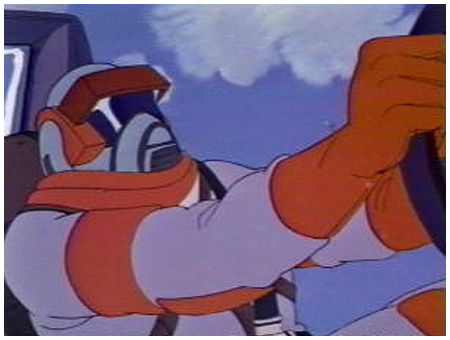 The rumor is he’s Matt Trakker, the star of M.A.S.K., the non-Joe scale toyline owned by Kenner (who was bought by Hasbro). Adam Pawlus, toy wizard of 16bit.com, saw a Wal-Mart figure listing which has a single figure merely called “MASK.” Coincidence? Or is Hasbro thinking of bringing M.A.S.K. back at Joe-scale? Or is this just a fun freebie that will cause toy nerds to simultaneously pee and poop in their pants? Or did Hasbro just misspell “Tracker,” and it’s some bullshit re-deco of Spirit? Hell, even I’m excited by this, and I don’t give two shits for M.A.S.K.