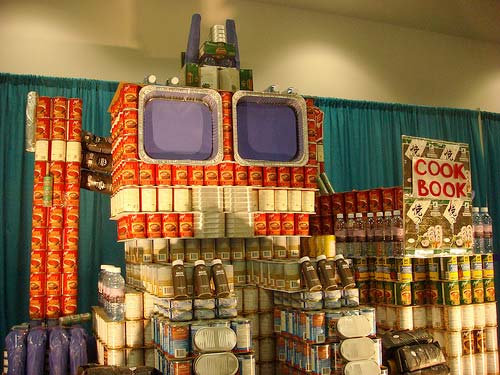 Canstruction Vancouver is a Canadian can-sculpting contest, wherein participants create sculptures made entirely of food cans and bottles, which are then donated to the hungry. Still with me? Good. Well, someone made a reclining Optimus Prime, ready to begin cooking himself (or just sitting down reading a cook book, which is kind of weird). I’ve looked all over the Canstruction Vancouver website, but can’t find the artist. Whoever you are?kudos to you, you huge nerd. Kudos to you. (Via PotD)